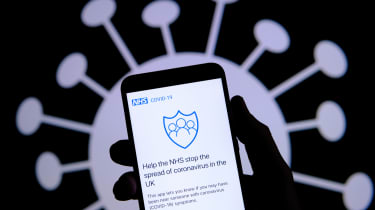 The contact-tracing app designed to curb the spread of COVID-19 and help the UK exit lockdown may not be available for weeks, foreign secretary Dominic Raab has admitted.

The government previously said that the app would be rolled out in mid-May, but at yesterday’s Downing Street press conference, Raab confirmed the app had been delayed and would now be released "in the weeks ahead".

He also insisted that the Government is “making good progress with the test, track and tracking regime”.

The news of the app being delayed comes after its trial on the Isle of Wight, which began on 5 May, was lauded as a success by the island’s MP, who has said that the latest download rates “are well ahead of what we hoped”.

Bob Seely MP told islanders that they “will continue to use the coronavirus contact tracing app before anywhere else for at least another week or two”.

Meanwhile, a new survey conducted by BCS, the Chartered Institute for IT, has found that less than one quarter (24%) of IT professionals believe that the contact-tracing app will be effective in curbing the COVID-19 pandemic.

Almost a third (32%) of surveyed IT experts think that the NHSX app will make no contribution, while 45% said they are undecided on whether the app will be an effective tool in containing COVID-19.

The BCS survey also found that the feelings of doubt towards the effectiveness of the app might translate to the decision to download it.

The most cited concerns surrounding the NHSX app were data security (69%), privacy (67%) and a lack of trust in the government (49%).

Moreover, over a half (51%) of the surveyed IT experts believe that the government should switch to the decentralised Google-Apple API model. The UK snubbed the tech giants’ jointly-developed contact-tracing API in late April.

Dr Bill Mitchell OBE, Director of Policy at BCS, The Chartered Institute for IT said that “if done ethically and competently, a tracing app can make a huge contribution to stopping the spread of COVID-19”. However, he also pointed out that  “a majority of [BCS] members don’t believe the current model will work and are worried about the reliance on a centralised database”.