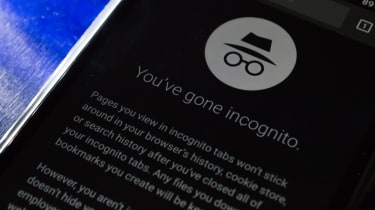 Google is facing a $5 billion lawsuit for allegedly infringing users’ rights by monitoring their internet use while browsing in “private” mode, also known as “Incognito”.

The complaint was filed on Tuesday in the federal court in San Jose, California by law firm Boies Schiller Flexner, and represents the “millions” of Google users who have browsed the internet in “private” mode since 1 June 2016.

The law firm is seeking minimum damages of $5,000 per user based on violations of California privacy laws.

According to the lawsuit, the tech giant collects user data regardless of whether they click on Google-supported ads by using applications and website plug-ins such as Google Analytics and Google Ad Manager.

This leads to the company collecting records of the  “most intimate and potentially embarrassing things” that users search for online.

The filing argues that Google “cannot continue to engage in the covert and unauthorized data collection from virtually every American with a computer or phone”.

"People everywhere are becoming more aware (and concerned) that their personal communications are being intercepted, collected, recorded, or exploited for gain by technology companies they have come to depend on,” read the complaint.

In a statement given to IT Pro, Google said that users browsing in Incognito mode were never exempt from monitoring.

“We strongly dispute these claims and we will defend ourselves vigorously against them," they said. "Incognito mode in Chrome gives you the choice to browse the internet without your activity being saved to your browser or device.

"As we clearly state each time you open a new incognito tab, websites might be able to collect information about your browsing activity during your session.”

The news comes just days after Arizona attorney general Mark Brnovich filed a separate lawsuit against Google, alleging that the tech giant illegally tracked Android users’ locations without their consent, even if they had manually disabled their device’s tracking features. Brnovich claims such a move is prohibited under consumer-protection laws.

There's also talk that US Justice Department and a group of state attorneys general plan to file antitrust lawsuits against the tech giant over the summer. If filed, such antitrust lawsuits could significantly threaten Google’s businesses.