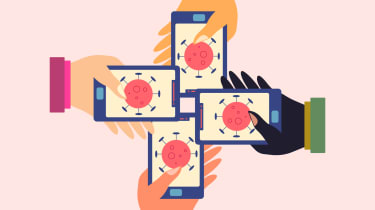 The UK government has abandoned its plans to release a centralised coronavirus contact-tracing app, returning to the option of using a decentralised API model developed by Apple and Google.

The decision has been praised by digital privacy campaigners, who have long criticised the NHSX app for its wide-ranging security flaws and plans to retain the data for up to two decades.

Jim Killock, executive director of the Open Rights Group, said that the organisation is “delighted that the Government listened to our and others advice in ditching the NHS’s ‘world-beating‘ App and to follow the successful model of other countries”.

The Apple-Google model has gained the reputation of being more privacy-focused, sharing only a limited amount of data with epidemiologists monitoring the pandemic and storing the information on users’ devices, instead of a “centralised” remote server.

The U-turn comes just a day after the minister for Innovation at the Department of Health and Social Care, Lord Bethell, said that current development work on the NHS tracing app would be unlikely to finish before winter.

The BBC reported that the new launch date is predicted to take place in autumn, although it's unclear whether the app will involve contact-tracing at that point. However, it is expected to include the options to report coronavirus symptoms and request a test.

Moreover, Test and Trace programme chair Baroness Dido Harding will have to approve the decision to deploy the Apple-Google technology, which she reportedly has not yet done.

The decision to return to the decentralised model, which was rejected by the government in late April, comes after it was revealed that the project's two lead managers, NHSX's Matthew Gould and Geraint Lewis, were being replaced by former Apple general manager Simon Thompson. The appointment raised questions about whether the government was planning to decentralise the app.

Last week a Department of Health and Social Care spokesperson told IT Pro that the kind of API now favoured by the government would not provide the option “to assess the relative risk of individuals developing Covid-19 or to react quickly to changes in scientific advice”.