Apple doubles down on privacy with iOS 14 and macOS 11

WWDC saw the introduction of a number of new security-focused features for iPhone, iPad, and MacBook users 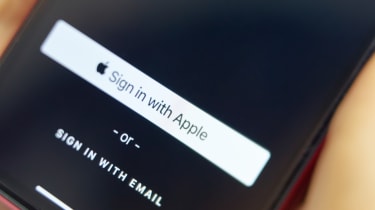 Privacy was one of the major themes of this year’s WWDC keynote, with Apple announcing a bunch of security-focused features for iOS and macOS users.

One of the most notable new features announced was Apple’s new app privacy disclosure prompts, which will let users know which type of data each app collects about them, be it their contacts, location, or financial information.

Developers across all of Apple's operating systems will be required to disclose their apps' privacy practices, including the types of data the apps might collect and whether that data is shared with third parties.

A similar feature is also coming to Apple’s Safari browser on macOS. A new “Privacy Report” button will show users information about all the tracker scripts that have been loaded and blocked on the sites they're visiting.

Taking tips from Google Chrome and Firefox, Apple is also introducing data breach alerts. The firm's new iOS and macOS updates will notify users if a password stored in iCloud Keychain has been compromised.

Apple has also shown off a new feature that takes aim at apps that secretly access an iPhone’s camera and microphone. In iOS 14, much like on MacBooks, an LED will be displayed in the status bar when the camera and/or microphone is in use.

While iOS already lets you block specific apps from collecting location data, iOS 14 will let users share approximate location data. This will allow apps to see roughly where you are, without being able to identify your precise location.

Apps will also no longer have access to Clipboard, either. Previously, most apps could access the last data you copied, but that's no longer the case, but developers will now require permission to access the clipboard for the first time.

Finally, the company announced an update to “Sign in with Apple”, first introduced at WWDC 2019. The company said that it would allow users to convert pre-existing accounts to Apple sign-ins, equipping them with the built-in security, anti-fraud, and privacy protections they provide.

"All of our product work is grounded in a set of privacy principles," said Craig Federighi, Apple's senior vice president of software engineering.

WWDC also saw the announcement that Apple is ditching Intel CPUs in favour of custom ARM-based Mac CPUs. These processors, set to debut in machines starting this yet, will deliver "industry-leading" performance-per-watt, higher-performance GPUs and improved power efficiency, according to Apple.