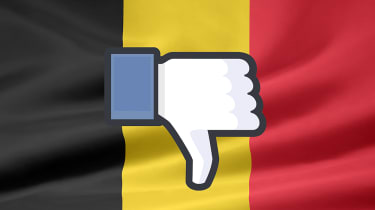 Germany's top court has ruled that Facebook must stop merging user data on its platform with data collected from Instagram, WhatsApp, and third-party sites.

“Facebook can, in future, no longer force its users to agree to effectively endless collection and collation of non-Facebook data,” said Andreas Mundt, head of the FCO, in 2019.

“If the user does not grant permission, Facebook may not exclude them from its services and must forgo merging the collection and collation of data from various sources.”

“[Facebook] abuses its position by – contrary to the GDPR [data protection] rules – making the private use of its network dependent on its power to link user data with personal data created by using Facebook itself,” the court ruled.

Overturning an earlier ruling that had suspended enforcement of a ban on Facebook merging user data, the court said that Facebook needed explicit users' consent before it can combine their Facebook data with the data from other sources, including Instagram and WhatsApp.

It added that the company must comply with the order while its appeal against an earlier ruling is pending in a lower court.

Facebook’s European headquarters in Dublin has four months to respond to the decision and must explain how it plans to ask its users for permission to collect their data.

“Today’s decision relates to the preliminary proceedings on the stay order,” a Facebook spokesperson said in a statement. “The main proceedings, before the court of appeals, are ongoing and we will continue to defend our position that there is no antitrust abuse.”

Tuesday's ruling, which deals a major blow to Facebook's business model, could have wider ramifications for the social network, as Germany's landmark decision to explore whether data dominance is an antitrust issue could encourage other countries to follow suit.

Last year, it was revealed that two-thirds of the Irish Data Protection Commission's (DPC) ongoing investigations into multinational tech firms concern Facebook, and its subsidiaries WhatsApp and Instagram.