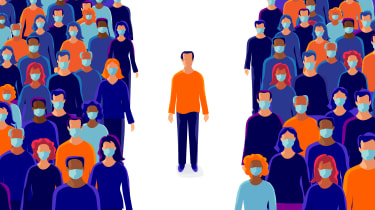 Northern Ireland's Department of Health has confirmed that the country will launch its own coronavirus contact-tracing app, following a UK MP’s announcement that England will likely not see its app until winter.

Northern Ireland has opted for the decentralised API developed by Google and Apple, and it is planning to make the app available in the next few weeks, according to the BBC. It is also said to be compatible with the contact-tracing app set to be released by the Republic of Ireland.

In a statement released last week, the Northern Ireland Department of Health confirmed that the country’s “health minister has commissioned work to develop a proximity app, based on the de-centralised Google-Apple model, for use in Northern Ireland”.

"This work includes examining the interoperability of apps and the sharing of information across the border between Northern Ireland and the Republic," it said, adding that it is also planning to publish information on potential “statutory information governance, equality and human rights issues”.

The announcement follows the UK’s decision to scrap the centralised app it spent four months and a reported £12m developing. NHSX is set to go back to the drawing board, returning to its initial deal for a decentralised app developed with Google and Apple, which it infamously snubbed in late April.

The UK’s contact-tracing app was due to launch on 1 June but was delayed after developers found it challenging to use Bluetooth as a means to estimate distance. The app, which had been trialled on the Isle of Wight since early May, was then described as “not a priority” by minister for Innovation at the Department of Health and Social Care Lord Bethell, and it's now expected to arrive in winter.

Last week, research by software company Okta found that 81% Brits are aware of the efforts to track COVID-19 through smartphone data collection, but 84% believe that data collected for contact-tracing will be used for purposes unrelated to tackling the coronavirus pandemic.

Despite concerns over privacy, two-thirds of UK citizens said they were comfortable with their data being collected for purposes such as determining where the virus is spreading and for tracking individuals who had come into contact with those infected.