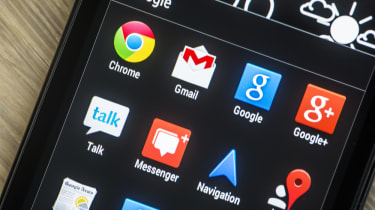 Google has been hit with a data privacy lawsuit which alleges that it has been monitoring users’ behaviour on mobile apps even if they've opted out of tracking.

The complaint, which was filed on Tuesday in a US district court in San Jose, California, accuses Google of monitoring what users are looking at when using apps for everyday activities such as reading the news or hailing a cab, despite opting out of “Web & App Activity” tracking in their Google account settings.

According to the lawsuit, Google’s actions are in violation of California privacy laws as well as the federal wiretap law.

Google allegedly collects the data using its Firebase software, which can be used for purposes such as storing data, delivering notifications and ads, or tracking glitches and clicks. Firebase in-app operations are usually concealed from consumers.

The lawsuit, seen by Reuters, contends that “even when consumers follow Google’s own instructions and turn off ‘Web & App Activity’ tracking on their ‘Privacy Controls,’ Google nevertheless continues to intercept consumers’ app usage and app browsing communications and personal information”.

IT Pro has contacted Google for comment but has not heard back at the time of the story’s publication.

Only last month, the tech giant was presented with a similar lawsuit which accused it of infringing users’ rights by monitoring their internet use while browsing in “private” mode, also known as “Incognito”. The $5 billion lawsuit, also filed at the San Jose federal court, represented the “millions” of Google users who have browsed the internet in “private” mode since 1 June 2016.

In a statement given to IT Pro, Google said that users browsing in Incognito mode were never exempt from monitoring.

"As we clearly state each time you open a new incognito tab, websites might be able to collect information about your browsing activity during your session,” a Google spokesperson said.

Google is also set to face an antitrust probe, with the US Justice Department reportedly seeking the final documents needed to complete the investigation into the Alphabet subsidiary. The probe is likely to result in a federal lawsuit this summer.