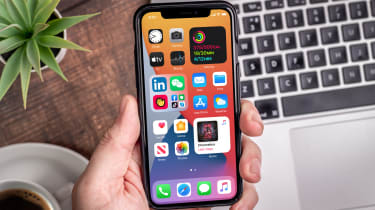 Apple will push back the introduction of privacy changes set to launch with iOS 14, which would require apps to ask users for permission to collect their data

The privacy-centric feature was set to feature in the next major Apple operating system upgrade, but will now be delayed until early next year to give developers more time to react, according to Reuters. The shift comes after Facebook publicly complained it would harm the revenues of its advertising partners.

The iPhone manufacturer announced the AppTrackingTransparency feature in June, revealing it would require apps to allow users to opt-in for ad tracking and data sharing using Apple’s device identifier. Currently, iPhone users must opt-out of such tracking, but changing the regime would likely mean a huge dropoff in users who can be tracked.

“When enabled, a system prompt will give users the ability to allow or reject that tracking on an app-by-app basis,” Apple said in a statement, according to Reuters. “We want to give developers the time they need to make the necessary changes, and as a result, the requirement to use this tracking permission will go into effect early next year.”

Expected to be released in Autumn this year, iOS 14 will also introduce a host of new features including picture-in-picture, new widgets for the home screen and a new home screen with the App Library.

Facebook has warned its advertising partners and third-party developers that privacy changes set to be introduced by iOS 14 could limit their capacity to target iPhones owners.

The next major iOS update for iPhones is will require apps to ask users for permission to collect and share data using Apple’s device identifier. Facebook, however, claims this change will put the revenue streams of smaller companies that rely on its ad network at risk.

Apps will be required to obtain users’ permission before gathering data that allows tracking and ad targeting through a pop-up window. The concern, for Facebook and its partners, is that a swathe of users will decline to allow apps to track their data and target them with ads, severely limiting the monetisation potential.

Currently, iPhone users can opt-out of such tracking, but changing the regime to a conscious opt-in will likely mean a huge number of users falling away.

“Ultimately, despite our best efforts, Apple’s updates may render Audience Network so ineffective on iOS 14 that it may not make sense to offer it on iOS 14.

“We expect less impact to our own advertising business, and we’re committed to supporting advertisers and publishers through these updates.”

Facebook’s public statement slamming Apple’s iOS 14 changes represents another row between the two tech rivals, with both companies at major odds over privacy. Apple, for instance, stripped Facebook of its developers’ license in January 2019 after the social media firm was found to be distributing a research app to children as young as 13.

It also emerged in April 2020 that Facebook had once tried to buy the infamous Pegasus spyware from the Israeli spyware firm NSO Group in order to spy on iOS users. NSO Group only develops surveillance tools for government agencies, but Facebook hoped to acquire usage rights and embed this tool into the now-defunct Onavo Protect app, which purported to be a virtual private network (VPN) tool.

Outlining how it plans to address the privacy changes in iOS 14, Facebook said it would not collect the device identifier for advertisers (IDFA) information used to track data so targeted advertising could be delivered.

Facebook will also release an updated version of its Facebook SDK to comply with the iOS 14 restrictions. This will provide some support for the Apple SKAdNetwork API, which limits the data available to businesses for running and measuring campaigns.

The social media giant will also ask businesses to create a new ad account dedicated to running app install ad campaigns specifically for iOS 14 users, in an effort to limit the impact on the efficacy of app install campaign measurement.

Facebook has called for Apple to reconsider the changes imposed with iOS 14, suggesting a wider consultation is critical to the broader business landscape and development ecosystem.