Researchers believe that the malware has been active since December 2019 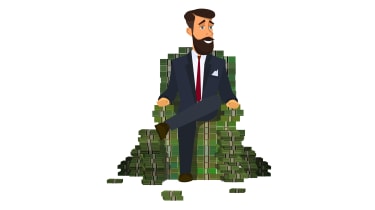 A newly-discovered strain of ransomware is using Java to target Windows and Linux PCs belonging to software and education-focused organisations.

The malware, named Tycoon, was uncovered and analysed by BlackBerry’s Research and Intelligence and KPMG’s UK Cyber Response Services teams. Their researchers believe that the malware has been active since December 2019, yet was able to “fly under the radar” due to using “an obscure Java image format”.

Tycoon is known to be deployed as a trojanised Java Runtime Environment, being compiled in a Java image file (Jimage) in order to conceal its malicious intent. The malware is spread by connecting to a system using a remote desktop protocol (RDP) server.

KPMG’s and BlackBerry’s researchers explained that “the threat actors behind Tycoon were observed using highly targeted delivery mechanisms to infiltrate small to medium-sized companies and institutions in education and software industries, where they would proceed to encrypt file servers and demand a ransom,” which is paid in bitcoins.

However, the researchers claim that because of the reuse of a fairly common RSA private key, it may be possible to recover encrypted data without having to pay.

Although KPMG and BlackBerry’s teams are familiar with “a substantial increase in ransomware written in languages such as Java and Go”, they said that Tycoon “is the first sample we've encountered that specifically abuses the Java JIMAGE format to create a custom malicious JRE build”.

“Malware writers are constantly seeking new ways of flying under the radar,” they explained. “They are slowly moving away from conventional obfuscation and shifting towards uncommon programming languages and obscure data formats.”

It has not been revealed how many organisations had fallen victim to the Tycoon malware. The number is believed to be limited as hackers appear to be choosing their targets carefully.