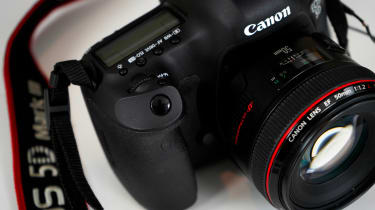 The alleged cyber attack has affected a number of services, including Canon’s email, Microsoft Teams, its US website and several internal applications, according to Bleeping Computer, with users also unable to access various domains.

The publication obtained a partial screenshot of an alleged ransom note and also liaised with the ransomware operators, who claimed they conducted their attack yesterday, stealing “10 terabytes of data, private databases etc” in the process.

“We are aware that Canon USA are experiencing system issues – an investigation is currently taking place," a spokesperson told IT Pro. "We can confirm however that this is unrelated to the data loss we experienced on image.canon earlier this week.”

UK sites and servies appear to be unaffected by the attack. 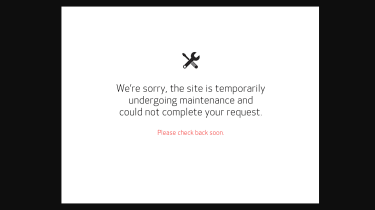 The hackers behind Maze have been prolific in recent months, targeting a vast number of enterprises during 2020. Aerospace services provider VT San Antonio Aerospace (VT SAA), for example, was affected in June, while Xerox was among a handful of high-profile victims last month, with the ransomware group stealing more than 100GB files from the legacy printing giant.

This is in addition to the major attack on the IT services provider Cognizant earlier this year, which led to the company announcing it could lose up to $70 million as a direct result.

Canon’s IT department reportedly distributed a message to its employees yesterday morning suggesting its US-based systems were experiencing widespread issues, affecting multiple applications, including emails and use of Microsoft Teams.

Several domains are also out of action at the time of writing, with senior security advisor with Sophos, John Shier, suggesting this could be as many as 24 services. Among these are canonusa.com, canonhelp.com and canonbroadcast.com.

“Following other recent high profile attacks, this latest salvo should be a wake-up call to all enterprises that haven't taken the time to assess their security posture and bolster their defences against these pernicious adversaries,” Shier said.

“Many of these attacks start by exploiting external services or simple phishing campaigns. Successful campaigns will often be followed by living-off-the-land techniques, abusing over-privileged and under-protected accounts, and hiding in plain sight.”

He added that enterprises must take the time to build a strong security foundation which includes multi-factor authentication (MFA) everywhere, regular patching, and user training.