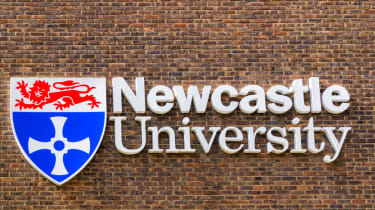 Newcastle University is being held to ransom after cyber criminals hacked into its systems at the start of September.

The group behind the attack are known as 'DoppelPaymer' and have been previously linked to an attack on Elon Musk's companies SpaceX and Tesla.

The attack on the university was reported as a "cyber incident" which shutdown a number of its IT systems and took place on 4 September. At around 10:00 that same day, a backup file was taken, the university said.

The criminals have posted some of this data, which concerns students and staff members, on the dark web, according to the group's Twitter page, with a threat of more to come if they don't pay the ransom.

"Dear students of the New Castle University Congratulations with an upcoming release of your personal data," the tweet read. "What a great start of a new educational year #doppelpaymer #ransomware #malware #doppleleaks"

Dear students of the New Castle University Congratulations with an upcoming release of your personal data. What a great start of a new educational year #doppelpaymer #ransomware #malware #doppleleaks

The university said it had alerted the Information Commissioner's Office and the police. According to its website, it could take "several weeks" to address its IT issues. As such, many services will remain offline. Third-party security experts have been drafted in, the university confirmed, and an investigation into the attack and the extent of the damage is underway.

The attack on Newcastle University follows another on Northumbria University, which had to cancel exams and shutdown its clearing hotline due to IT disruption. Although the method of attack wasn't specified in the Northumbria case, Newcastle has been reportedly hit with ransomware, which is becoming increasingly common for universities in 2020.

The DoppelPaymer group are said to also offer their services for others to use, similar to the 'ransomware as a service' (RaaS) operation run by the Netwalker group, which has reportedly made over $29 million since March.