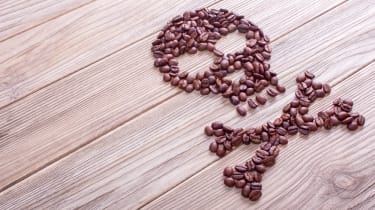 A security researcher has managed to reverse engineer an IoT coffee maker to the point where ransomware could be uploaded to the machine.

Martin Hron, a researcher with security firm Avast, conducted an experiment on the £179 Smarter Coffee Maker (version 1) to prove that hacking IoT devices is more than just accessing them via weak routers.

Hron managed to turn that same coffee maker into a ransomware machine. After tinkering with the IoT device, he found that when connected to the user's home network, the coffee maker's functions all went off simultaneously and a pre-programmed ransom message endlessly bleeped across the display.

His experiment was so successful that the only way to stop the machine from going haywire was to pull the plug.

"I was asked to prove a myth, call it a suspicion, that the threat to IoT devices is not just to access them via a weak router or exposure to the internet, but that an IoT device itself is vulnerable and can be easily owned without owning the network or the router," Hron wrote in a blog post.

"We thought this would be enough to freak any user out and make it a very stressful experience. The only thing the user can do at that point is unplug the coffee maker from the power socket."

Hron was able to access the coffee machine through a firmware update because of the unencrypted connection to its corresponding smartphone app. He uploaded the Android app's latest firmware version to a computer and reverse engineered it using an interactive disassembler, and also took the coffee machine apart to learn what CPU it used.

With all that information, he then wrote a Python script that mimicked the coffee maker's update process. His modified firmware and lines of script caused the machine to go haywire and demand a ransom.

This is by no means an easy hack and it has its limitations, as an attacker would need to find the coffee maker within Wi-Fi range. It can be triggered by hacking someone's router, but that would potentially require access to more than just a coffee machine.

"A very limited number of first-generation units had been sold in 2016 and although updates are no longer supported for these models, we do review any legacy claims on a per customer basis in order to provide continued customer care," a Smarter spokesperson told IT Pro.

But the implications of this kind of hack are concerning for the wider IoT industry, according to Hron, as smart gadgets could be rendered incapable of receiving patches to fix such a weakness. He also suggests that this type of vulnerability might be exploited in devices that no longer receive support.

"With the pace of IoT explosion and bad attitude to support, we are creating an army of abandoned vulnerable devices that can be misused for nefarious purposes such as network breaches, data leaks, ransomware attack and DDoS."