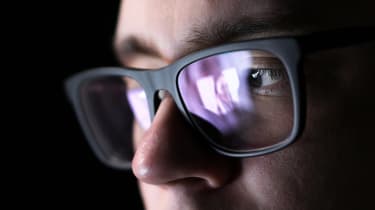 Google has issued a ban on any software that allows an individual to track the whereabouts of other users without their consent, apps often referred to as 'stalkerware'.

As a part of new changes to its Developer Program Policy, Google said that Android apps intending to monitor other users’ behaviour will be obliged to present the tracked user with a persistent notification and unique icon that clearly identifies the app.

They will also be banned from advertising themselves as a "spying or secret surveillance solution” and will be unable to “hide or cloak tracking behavior or attempt to mislead users about such functionality”.

However, the ban, which comes into effect on 1 October, does not apply to apps used by parents to track the whereabouts of their children. Any software that allows companies to track employee devices, such as enterprise management apps, will also be excluded from the ban.

According to David Emms, principal security researcher at Kaspersky, apps which help monitor adults without their permission or knowledge “masquerade as parental control software and call themselves legal that way”.

“The whole category is tricky because we can’t label it as malware and report it as we would a backdoor trojan or similar, because in some jurisdictions it’s legal so it straddles a grey area,” Emms told IT Pro last month.

According to Kaspersky research, the period between January and August 2019 saw over 518,223 cases globally where the company’s protection technologies either registered presence of stalkerware on user devices or detected an attempt to install it – a 373% increase in the same period in 2018.

Apart from the formal ban of stalkerware apps, Google also announced that it would be making changes to its policy in order to tackle the issues of misrepresentation and gambling.

Effective from 21 October, developer accounts will not be allowed to mislead users by impersonating any person or organisation, as well as misrepresenting or concealing their ownership or primary purpose of the app.

Google will also restrict online gambling to the UK, Ireland, France, and Brazil.

For confidential advice, call the National Abuse Helpline on 0808 200 0247 or visit nationaldahelpline.org.uk