Company claims many actively exploited vulnerabilities should have already been fixed 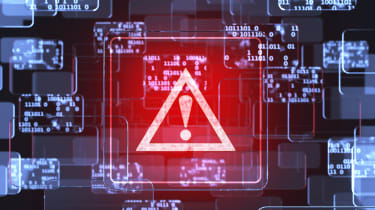 Oracle has issued a strong rebuke to customers over their failure to update their systems regularly, following a number of reports showing exploits of vulnerabilities that should have already been patched.

The software company has issued the strongly-worded message to customers as part of another wave of patches, some 334 fixes in total, 43 of which are deemed critical, that it hopes will be applied immediately.

These have been bundled into the company's routine ‘critical patch update’ which is released to customers once per quarter, with the next scheduled round of updates due on 14 April.

“Oracle continues to periodically receive reports of attempts to maliciously exploit vulnerabilities for which Oracle has already released security patches,” the firm said in a statement. “In some instances, it has been reported that attackers have been successful because targeted customers had failed to apply available Oracle patches.

The firm has urged customers to apply the trove of fixes to their products due to the very real threat posed by a successful attack. The products affected by the critical bugs include, but aren’t limited to, Enterprise Manager, MySQL and various software categorised under ‘Oracle Supply Chain Products’.

Companies may be able to reduce the risk of attack in the meantime by blocking network protocols required by an attack, or by removing access privileges from individuals for which these privileges aren’t essential.

Both approaches, however, may also break functionality in certain products, so the company has recommended that customers test these workarounds only systems where they are absolutely necessary.

The importance of patching systems has been highlighted in no uncertain terms by various security horror stories, including the Equifax disaster.

The 2017 data breach was, in part, enabled by a lackadaisical approach to patching IT, namely that 8,500-plus patches were overdue to be applied to internal and external systems.

The research showed that despite the fact the first exploitations for the Microsoft bug were released into the wild, businesses were no more or less motivated to apply necessary fixes than they had been previously.