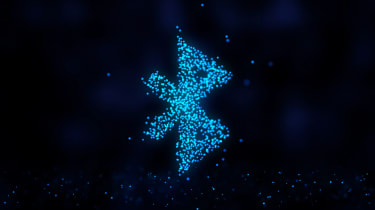 Google has issued a collection of security updates to its Android mobile OS including patching a critically severe Bluetooth hijacking vulnerability that was first flagged to the developer in November last year.

The flaw, dubbed CVE-2020-0022, could have allowed an attacker, within range of Bluetooth signal, to execute arbitrary code with privileges of the Bluetooth daemon so long as Bluetooth is enabled on a vulnerable device.

This form of attack could have been executed by knowing just the Bluetooth MAC address of the target device, which could have, for some devices, been derived from the Wi-Fi MAC address, according to researchers with security firm ERNW.

The flaw, which was first flagged on 3 November 2019, affects older versions of Android, although it’s not exploitable for technical reasons on Android 10, and results instead in a crash of the Bluetooth daemon.

“On Android 8.0 to 9.0, a remote attacker within proximity can silently execute arbitrary code with the privileges of the Bluetooth daemon as long as Bluetooth is enabled,” the ERNW researchers said.

The collection of security updates also includes two dozen further patches for Android bugs ranging in severity from moderate to critical, although the vast majority of flaws are rated as being ‘highly’ severe.

There are several elevation of privilege bugs in the batch, as well as a moderate denial of service bug and a critically-rated information disclosure vulnerability.

Users have been advised to update their devices as soon as possible to receive the latest security updates, although there are a handful of mitigations users can employ.

The researchers who initially discovered the bug have urged all Android users to enable Bluetooth if only strictly necessary, and to keep their devices non-discoverable.

They have pledged to release the technical report on the vulnerability, as well as the proof of concept code, one they’re confident that patches have reached end users.

While Bluetooth vulnerabilities in mobile phones are unusual, researchers found a flaw in Google’s Titan security keys last year that could allow attackers to bypass encryption and hijack user accounts.

Discovered in May 2019, the flaw involved a misconfigured Bluetooth pairing protocol with the FIDO key, with non-Bluetooth devices unaffected.

In August, meanwhile, researchers discovered a flaw in Bluetooth authentication protocols that allowed hackers to listen in on conversations held over Bluetooth devices, or even change the contents of file transfers.

The attack, dubbed Key Negotiation of Bluetooth (KNOB), worked by forcing participants in a Bluetooth handshake to use an encryption key with just one byte of entropy, allowing an attacker to brute-force the key.