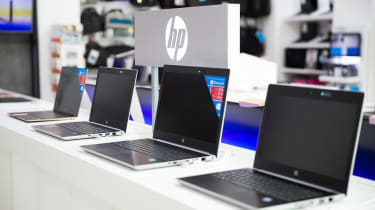 Software pre-installed on all of HP's Windows devices has a number of major security flaws that could lead to critical attacks if successfully exploited.

Support Assistant is an example of pre-loaded software that ships with Windows devices running Windows 10 as well as legacy systems Windows 8 and Windows 7. Other prominent manufacturers, including Dell and Lenovo, ship devices with similar health-check software, which many regard as ‘bloatware’.

HP’s iteration allows users check the web for the latest software and driver updates, offers diagnostic tools that can fix hardware and software issues, and offers health alerts service when components may fail.

These applications, however, may not have the same level of oversight as other types of software, according to independent security researcher Bill Demirkapi, and may lead to security gaps forming.

“I always have considered bloatware a unique attack surface. Instead of the vulnerability being introduced by the operating system, it is introduced by the manufacturer that you bought your machine from,” he said.

“More tech-savvy folk might take the initiative and remove the annoying software that came with their machine, but will an average consumer? Pre-installed bloatware is the most interesting, because it provides a new attack surface impacting a significant number of users who leave the software on their machines.”

Six of the flaws have been fixed since they were initially reported in October 2019, although three remain unpatched. These unresolved flaws can allow malware to compromise a device by handing any attacker elevated access privileges. The RCE and file deletion bugs were fixed in previous updates.

After the issues were first reported, HP released an update in December which claimed to have “resolved the issues reported”, although Demirkapi soon identified several issues that were yet unresolved. He then filed a second report with the company.

The manufacturer scheduled a further fix in February, set to be released in early March, although this was delayed to 21 March due to COVID-19. This second update was issued on time but failed to fix three outstanding issues.

Given a handful of the bugs remain unresolved, Demirkapi has recommended that uninstalling the software is “the best mitigation” to protect against the attacks described, as well as any future vulnerabilities that may arise.

The next best method of protecting devices is by updating the agent to the latest available version, which will mean some of the issues are fixed, although not all at the time of writing.