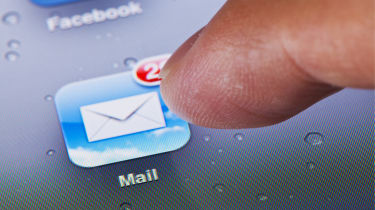 The Mail app on Apple’s flagship iOS operating system has been afflicted with two serious vulnerabilities that can allow a hacker to attack a device by sending emails that consume significant levels of memory.

Hackers have triggered two vulnerabilities in the Mail app, which have existed since iOS 6 was released in 2012, giving them the power to leak, modify or delete emails, according to findings by ZecOps. In addition, the flaws have been exploited in combination with another as-of-yet unidentified bug to gain full device access.

To initiate the attack, one would send an email message designed to cause a buffer overflow in the Mail app, which means the hacker can fill a block of memory beyond its capacity. These content of these emails, once sent, can then be deleted.

The receipt of an email triggers the code paths for both vulnerabilities, the first known as OOB Write and the second dubbed Remote Heap Overflow. When exploited in the wild, ZecOps researchers believe the OOB Write flaw was accidentally triggered while hackers were aiming to trigger the Remote Heap Overflow.

All iOS versions are vulnerable, including the Mail app on iOS 13.4.1, although the researchers haven’t been able to test versions prior to iOS 6. MacOS is not vulnerable to either flaw.

The vulnerability can be triggered remotely on iOS 13 when the Mail application is opened in the background. For iPhone users still on iOS 12, meanwhile, the attack requires a click on the email. If the hacker controls the email server, however, the attack can be triggered in a zero-click fashion in a similar way to how it’d be conducted on devices running iOS 13.

Researchers have identified several targets as having been attacked using the mechanism, including individuals from a Fortune 500 business in the US, a European journalist, and MSSPs from Saudi Arabia and Israel.

Following a routine iOS security probe, researchers found a number of suspicious events affecting the default Mail app. Following analysis, ZecOps discovered the exploitable vulnerability affecting iPhones and iPads, as well as multiple triggers in the wild, with targets including enterprise users, VIPs, and MSSPs over a prolonged period of time.

ZecOps reported the issue to Apple on 19 February, with the developer patching both flaws in a publicly available beta between 15 and 16 April.