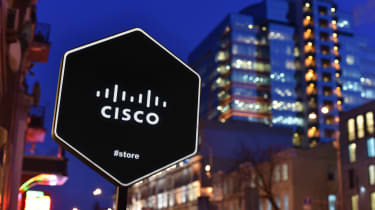 Cisco has warned that vulnerabilities in its router software are being exploited in the wild by hackers who are executing memory exhaustion vulnerabilities to target affected devices.

Several vulnerabilities in the Distance Vector Multicast Routing Protocol (DVMRP) feature of Cisco IOS XR Software could allow an attacker to remotely exhaust the process memory of an affected device.

Attackers would send specially crafted Internet Group Management Protocol (IGMP) packets to affected devices, with subsequent memory exhaustion leading to the instability of other processes. These could include both interior and exterior routing protocols.

No patch is yet available for the vulnerability, dubbed CVE-202-3566, although Cisco has stressed it would be working on fixes to address this flaw. The company first became aware of attempted exploitation on 28 August.

The memory exhaustion vulnerability affects any device that’s running any version of Cisco IOS XR, so long as an active interface is configured under multicast routing.

An administrator can determine whether this setting is enabled by issuing the 'how igmp interface' command. If the output is empty, multicast routing is not enabled and the device is not affected by these flaws.

Compromised devices can be identified by establishing whether a set of messages are appearing on system logs. These are outlined in full on Cisco’s advisory page for the flaw.

The firm has also outlined a number of mitigations in the absence of a patch, including implementing a rate limiter that requires customers understand their current rate of IGMP traffic and set it to a rate lower than the current average.

The command will reduce the traffic rate and increase the time necessary for successful exploitation, with this time serving to allow the customer to perform recovery actions.