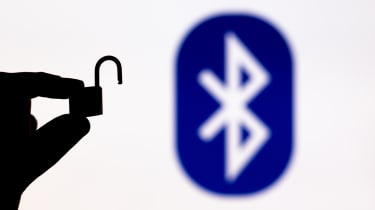 Certain configurations of Bluetooth 4.2 to 5.0 on dual-mode devices contain a flaw that could allow hackers to conduct 'man in the middle' (MITM) attacks or overwrite encryption keys.

Although an alert, published by Carnegie Melon University, doesn't specify which particular devices are affected, a number of widely-available dual-mode devices fall into the bracket, including the Dynabook Portégé X30L-G business notebook, the Nokia 5.3 smartphone, and the Sonos Move wireless speaker system.

The flaw lies in the pairing mechanism in these dual-band Bluetooth devices, with the vulnerability allowing third-parties to overwrite the key used to establish a link between two devices. The vulnerability, and the group of viable attacks, categorised as BLUR, was first discovered by academics with École Polytechnique Fédérale de Lausanne (EPFL) and Purdue University.

BLURtooth mainly affects devices that use the Cross-Transport Key Derivation (CRKD) mechanism for Bluetooth pairing. The fault may allow an attacker to reduce the strength of the encryption key, or overwrite an authenticated key with an unauthenticated key in order to gain access to profiles or services.

To conduct successful attacks, a hacker must be within wireless range of a vulnerable Bluetooth device that supports CTKD connections and supports pairing either with no authentication or no access restrictions on pairing.

An attacker spoofing another device’s identity may bond with the vulnerable device and derive a key through the CTKD mechanism that overwrites a pre-existing encryption key of much greater strength. In doing so, the attacker can access authenticated services, or conduct a MITM attack in future between devices that were previously bonded.

BLURtooth is the latest serious Bluetooth vulnerability to be recognised by the Bluetooth SIG in recent months after the organisation was forced to update the core specification following the discovery of BIAS in May 2020.

Also centred on devices using BR/EDR, the Bluetooth Impersonation Attacks (BIAS) flaw allowed attackers to break security mechanisms and impersonate one device in a pair after a bond has been established.

The State of Email Security 2020

Email security insights at your email perimeter, inside your organisation, and beyond

BIAS can also work in conjunction with other attacks, such as the Key Negotiation of Bluetooth (KNOB) attack, which allowed hackers to brute force watered-down encryption keys and intercept data transmitted between devices.

Bluetooth SIG has recommended that potentially vulnerable devices should be updated with the restrictions placed on CTKD, as mandated by the Bluetooth Core Specification version 5.1 and beyond.

The details of the vulnerability are also being relayed to members of the organisation, which includes hundreds of device manufacturers, with these members encouraged to rapidly integrate any patches as and when they become available.