What is a proxy server?

We explain what a proxy server is, how it works, and the different types available 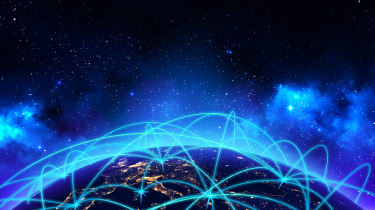 Proxy servers are an essential tool for staying anonymous while surfing the web, serving as an intermediate between a user's device, whether a phone, tablet or PC, and the server it's requesting information from.

As the name suggests, these tools act as proxies on behalf of the user and mask their true identity by sending false information to a target server. This prevents the server from discovering who is requesting information, including the location from which that request originated.

The main appeal of using proxy servers is they normally block the communication of personal data, however, somewhat understandably, proxy servers have a reputation for facilitating online crime due to the anonymity they provide.

However, there are plenty of benefits to everyday users and businesses. Some organisations use proxy servers in order to test the quality of connections to their services from specific regions around the world. Consumers, too, can bypass regional locks on online content, such as Netflix, or simply use them as an added layer of security while using the internet in public settings.

How does a proxy server work?

Every user accessing the internet from a device is assigned their own unique IP address, an identifier that is used to assess where the connection is coming from. For example, if a user was to open a web page and navigate to Google, the user’s IP address would be sent over to Google, which would then alter its home page and search results based on the user’s location.

A proxy server functions as an intermediary between the user and the website server, meaning the IP address must first pass through the proxy before being sent onwards. Proxies have a variety of functions depending on their setup (see below), but most prevent a user’s location from being discovered by sending a different IP address to the server. As far as the server is concerned, the IP it receives is the one sent by the user’s device.

This has a number of implications for the user, but most notably it allows the user to hide where they are accessing content from, or alternatively trick the server into thinking the device is being used in a specific country.

What are proxy servers used for?

Proxy servers have a variety of uses depending on how they’re configured, but most revolve around the idea of identity obfuscation.

Proxy servers can be used to protect a user’s identity when accessing sensitive material, help site admins test the usability of their website when accessed from different countries, and bypass controls that either block IPs from certain countries or prevent users from accessing region-locked content.

Organisations also have use for proxy servers. Most notably, they are deployed to help filter content, such as blocking workers from accessing certain websites or preventing sensitive content from leaving the company firewall. Proxies are also good for improving security by hiding the IP addresses of staff, as well as for speeding up websites and web-based servers by load-balancing and caching information.

Proxy servers come in a number of guises, each boasting varying functions to suit a host of purposes.

For instance, gateway proxy servers, or tunnelling proxies, are used to pass on unmodified requests the source of information, and users deploy a forward proxy to extract information from a source. The latter type is more internet-based normally. Meanwhile, a reverse proxy monitors access to a server via a private network.

Other potential applications include load balancing, in which the server used as a middleman that distributes loads to servers on which applications sit.

Moreover, reverse proxy servers are key to boosting the operating speed of a website. The mechanism takes advantage of caching to locally load content from the browser rather than the original server and compresses content, such as javascript, to make the content load faster and offer a better user experience.

Open proxy servers are a type of forward proxy that allow anyone to access them. There are hundreds of thousands all across the internet, with some (anonymous open proxy servers) allowing users to hide their IP address while they're browsing. This type will tell the source it's a proxy server, but it won't pass on the user's IP address.