Demand from cloud service providers is propping up a market surge 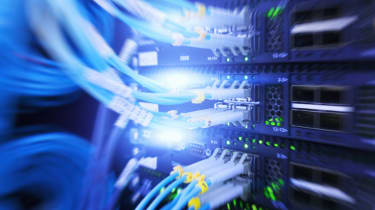 Vendor revenue in the worldwide server market increased 19.9% year-on-year to $170 billion in the 3rd quarter of 2017, according to IDC's Worldwide Quarterly Server Tracker. This shows a strengthening of the market after several slow quarters, with demand from cloud service providers propping up overall market performance.

"While ODMs have largely been the beneficiaries of hyperscaler server demand, some OEMs have now begun to experience significant growth related to the enterprise segment."

HPE is one of these, having pivoted away from hyperscaler businesses to focus on the enterprise, which had a short-term negative effect but the company has since shown strength in selected markets. Dell Inc are one of the strongest performers, growing their server business by 37.9%, with the relationship between its server team and the storage team from the EMC acquisition working well.

The storage market is also showing signs of good health, with IDC reporting a 14% growth in revenues from storage in the third quarter, with total capacity shipments up 22.4% year-on-year. This is largely due to traditional storage vendors expanding their product portfolios to take advantage of the market swing towards all-flash and converged/hyperconverged systems.

Paving the way for future models

There are a number of trends that are starting to move from hype to reality, which in turn are having a significant effect on the server market - namely mobile applications, the IoT and cloud. As these trends have grown, they have necessitated the development of new storage media to cope.

Storage systems designed for traditional applications are no longer the best fit for new data-intensive workloads like intelligent edge computing and big data analytics. These new workloads are driving the need for new technologies, products and business models.

The server and storage markets may be dramatically evolving, but change and disruption doesn't necessarily mean total disruption. In light of some of these figures, it seems that reports of the sector's demise have perhaps been over-exaggerated, and there remains much to be optimistic about.