How hyper-converged infrastructure can supercharge your business 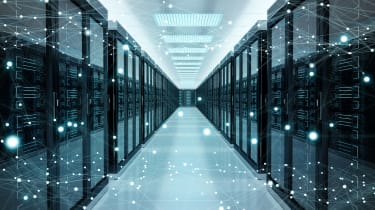 The data centre can be a notoriously troublesome beast; it's often temperamental, it's constantly hungry for resources and without care and attention, it can turn into an unruly, truculent pain. Managing a data centre's infrastructure has always been a complicated problem but for the past few years, hyperconverged infrastructure has been touted as the solution.

Hyperconverged infrastructure (often abbreviated to HCI) is, in a nutshell, a single machine that includes all the essential elements that make up a company's IT infrastructure hardware: compute power, storage capacity, networking capabilities and a hypervisor layer to manage it all. All the various elements are virtualised, software-defined and centrally-managed.

Wrapping all of these elements particularly storage and compute into one box and then using multiple boxes to create a shared pool of capacity removes the problem of having under-utilised hardware in your data centre, saving you from making costly investments in servers that are going to be gathering dust for most of their lifetime.

HCI systems are also easier to manage, as a single management layer and toolset is used to administer the whole stack which may be why, according to Gartner, up to 20% of business-critical applications currently running on traditional infrastructure will be running on hyper-converged systems by next year.

The advantages that HCI can offer businesses around data centre consolidation and simplification are well-documented but hyperconvergence isn't just something that makes life easier for the IT department. In actuality, hyperconverged infrastructure systems can boost an organisation's efficiency and agility across the board.

Deploying and maintaining an HCI solution is far simpler than managing a traditional server farm. According to IDC, HCI requires 73% less time to deploy and 51% less time to support than traditional infrastructure. With less time spent keeping the lights on, IT teams have time to work on bringing new capabilities to the rest of the business, such as rolling out new cloud-native SaaS tools which make life easier for the people in areas like finance, sales and HR.

The applications that are running in your data centre will thank you, too - an improvement of more than 40% in application performance means that those applications will deliver faster time-to-value. For workloads like analytics, this is incredibly important being able to make data-driven business decisions based on actionable intelligence 40% faster is a huge advantage in today's fast-moving business world.

Another time-saving benefit of hyper-converged infrastructure is the ability to make much greater use of automation within your data centre, as having a homogenous suite of tools and technologies means compatibility is a non-issue. Because elements like the storage, networking and compute power are all virtualised and software-defined, provisioning also becomes a snap.

Thorough automation and scheduling is one of the cornerstones of digital transformation, allowing many of the mundane, repetitive tasks that go into managing a data centre to be taken care of automatically leaving your IT staff free to focus on the really important stuff like expanding the business.

When you do need to expand, HCI makes that easy, too. Increasing your data centre's capacity is as simple as adding in as many new nodes as necessary, and because they're based on low-cost commodity hardware rather than expensive proprietary servers, expansion can be done in small and easily budgeted-for stages.

This applies to physical expansion as well. If you're opening a new data centre or a new remote branch which requires on-site infrastructure hardware, just ship out the requisite hyper-converged appliances. Rather than having to effectively set up and configure a whole new data centre, the appliances can be slotted into the rack, and then centrally managed alongside your organisation's existing hardware.

You can kiss over-provisioning goodbye as well, since expanding an HCI system is so easy, you don't need to build extra headroom for expansion into your data centre plans. This leads to a lower cost-of-entry and TCO, as well as faster expansion cycles. Backups, too, are quicker and easier; HPE's SimpliVity platform, for example, features built in backup, snapshot and disaster recovery features, as well as always-on data dedupe facilities and the ability to use public cloud platforms like Azure and AWS as targets.

To paraphrase a famous quote, three things in life are certain: death, taxes and hardware failure. Inevitably, a fault is going to force a portion of your data centre offline but this doesn't have to impact availability. Because HCI systems are distributed (meaning data is spread across multiple nodes), even if an entire rack falls over, it won't necessarily cause an outage of your applications.

Thanks to inbuilt backup and data recover, its RapidDR capability automates failover and failback. HPE's SimpliVity platform allows for one-click restoration from backups, and can reduce recovery times by 70% or more when compared to non-automated methods. This, of course, means no lost revenue from store pages and customer order portals going down, and no lost productivity from outages of the internal business apps that your staff rely on to do their jobs.

Your business needs to be digitally-enabled, maximally productive and agility-focused, and running resilient, consolidated and software-defined SimpliVity infrastructure in your data centre can help keep your company at the head of the pack.