MySpace’s migration mishap should be a warning to others 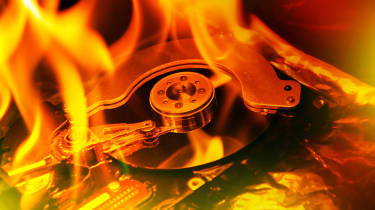 Pioneering social network MySpace has potentially lost more than a decade's worth of its users' music, photos and videos, it has been discovered this week.

Messages on the company's website warned visitors that "any photos, videos, and audio files you uploaded more than three years ago may no longer be available on or from MySpace".

According to the messages, the issue is the result of "a server migration project". However, while it has only recently become widely publicised, the issue actually dates back almost a year. Posts on the /r/techsupport subreddit reveal that as early as 1 February last year, the company was experiencing problems with hosted files.

"We are aware of the issue and I have been informed the issue will be fixed," a support technician said, according to one poster, "however, there is no exact time frame for when this will be completed."

A few months later, in July 2018, the company added a message to its website, indicating that the problem had worsened: "As a result of a server migration project, any photos, videos, and audio files you uploaded more than three years ago may no longer be available on or from Myspace. We apologize for the inconvenience and suggest that you retain your back up copies. If you would like more information, please contact our Data Protection Officer, Dr. Jana Jentzsch at DPO@myspace.com."

This message has since been revised, removing the advice regarding backups and stripping out Dr. Jentzsch's name, who it appears operates as a freelance DPO as part of a legal technology consultancy practise.

It is currently unknown how much of the content previously hosted by MySpace has been lost. The company has not officially confirmed that all content is gone, opting instead for a non committal admittance that it "may no longer be accessible". However, the site has reportedly confirmed that all its hosted music files have been erased.

The loss for many users goes beyond simple copies of their favourite tracks; many fledgling bands used it to host their first demos and albums due to MySpace's lack of fees and restrictions for artists. Acts such as Kate Nash and the Arctic Monkeys famously used the platform as a stepping-stone to greater success, but for the legions of musicians whose bands never made it, MySpace was often the only place were a copy of their first tracks were hosted.

At its peak, the company boasted more than 75 million monthly active users, meaning that - between photos, music files and videos - MySpace is potentially looking at hundreds of terabytes of lost data. This data is, in many cases, irreplaceable.

"This event demonstrates the popular misconception that your data is safe with any cloud vendor," said James R. Slaby, director of cyber protection at backup firm Acronis. "Individuals and companies should be clear that their data is their own responsibility and that only they will be able to take care of data that is important to them."

"When you store something valuable in a cloud you must always make a backup copy of your data. Rest assured, one day your backup will save you! You can use any cloud if you follow the golden 3-2-1 rule of data protection: three copies of valuable data, on two different media (you can use another cloud) and one offsite copy."

IT Pro has previously written about the risk posed by trusting platforms like MySpace and Facebook to safeguard our content without users maintaining their own archives, but this incident also highlights the issue posed by poorly executed server migrations.

Server migrations have been blamed for numerous gaffes, slip-ups and outages over the years; TSB's 200 million meltdown - which locked customers out of accounts and led to the resignation of CEO Paul Pester - was pinned on a server migration that went wrong, for example, while the BBC, Mumsnet and Aviva have all suffered problems of varying severity after migration projects went sideways.

For Gijsbert Janssen van Doorn, tech evangelist at network specialist Zerto, the news of MySpace's data loss is shocking, and illustrates the importance of having a properly thought-out plan for protecting your data during IT migrations.

"For any organisation that is looking to move data and workloads confidently, implementing an IT resilience plan is crucial," he said. "Wherever data is moving to, owners will expect it to be transparent and fast, while allaying any risk to the data that is being moved. That's it; that's all you need to do."