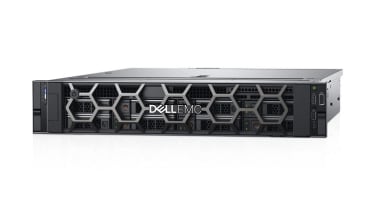 Dell Technologies has launched a clutch of new PowerEdge servers and accompanying services under its Dell EMC brand.

As disclosed to IT Pro at Dell Technologies World in April, the five new PowerEdge servers feature 2nd-generation AMD EPYC processors and will, the company claimed "address the complex and varied demands of traditional, emerging and multi-cloud workloads".

New capabilities include, greater bandwidth with up to 26% more PCIe lanes and 60% faster interconnect fabric, enabled by PCIe 4.0; workload-optimised system designs offering "substantial" improvements in performance in use cases like high performance computing (HPC), databases and VDI. This in thanks largely to the new EPYC chips, and built-in security at the chip level with AMD's Secure Encrypted Virtualization and Secure Memory Encryption technology.

The launch of the new servers also means an expansion of three of its pre-configured Dell EMC Ready Solutions for HPC portfolios. The Life Sciences, Digital Manufacturing and Research lines now include the five new servers and offer enhancements including liquid-cooling and GPU-enablement. This, the company claims, can improve the performance of compute-intensive workloads like artificial intelligence, machine learning and deep learning

There are also three OpenManage updates, including OpenManage Integration for VMware, as well as integrations for Windows Admin Centre and ServiceNow.