What is server redundancy?

When uptime is all-important, you need redundant servers on hand when trouble strikes 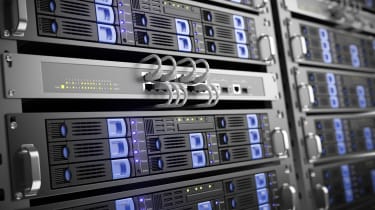 Redundancy is often viewed as a negative term, but when it comes to IT - and infrastructure in particular - it's a very important consideration.

In the world of IT, redundancy is the "duplication of critical components or functions of a system with the intention of increasing reliability of the system, usually in the form of a backup or fail-safe, or to improve actual system performance, such as in the case of GNSS receivers, or multi-threaded computer processing."

Server redundancy is instigated in an enterprise IT environment where server availability is really necessary. A redundant server uses the same compute capacity and storage as well as having the same applications running and the same configuration.

A redundant server stays offline and is not used as a live server until it is needed. That said, it is powered up and has network connectivity so it can spring into action when required.

When failure, downtime or excessive traffic happens to a live production server, the redundant server can be deployed to either take the place of the production server or share its traffic load to minimise problems.

However, it can double both the cost of having a server and its running costs. Importantly, you will also need space for two servers.

Why is it important?

If 2020 taught us anything, it's that an organisation needs to be prepared for the unexpected if it hopes to survive and thrive. The difference between a company that comes through intact and one that fails comes down to how effective and thorough a disaster recovery strategy they have in place - not just in theory but also in implementation.

In a world where the majority of organisations are built around digital infrastructure, redundant servers must form an essential element of a successful disaster recovery plan. Not only is it critical for your organisation to be able to access to data in the aftermath of a disaster, but its loss could mean severe, potentially long-lasting disruption.

Hardware failure, application faults, network problems and other such issues can prevent the proper functioning of primary servers, leaving users unable to access services and vital data. At best, this will pose a problem for productivity.

Your business can avoid these contingencies by employing server redundancy. By having critical data duplicated at a second location, it can quickly and easily be retrieved in the event of a fault with a live server. If data integrity and access are vital for applications and the functioning of your organisation - as they are for many - redundant servers are essential.

What are the business benefits?

Redundant servers offer assurance to businesses as they have a cost-effective backup for accessing critical data if disaster strikes and a live server goes offline. If a server goes down, a backup server can take up the slack enabling maximum uptime until the failed server is fixed.

They also feature real-time system monitoring which scans for possible failure, this means your business always knows about the health of their servers.

However, the benefits need to be balanced with the level of risk and the substantial costs associated with it.

Redundant servers can take many forms.

Redundant domain, front end, and validation servers: These are used for load-balancing to ensure users can always access a service. For example, a secondary Windows Active Directory server validates user access to the domain if the primary AD server goes down or is busy.

Disaster recovery servers: These are semi-hot spares that can have backup files quickly restored and restart processing, should disaster strike.

How to create server redundancy

In order to create server redundancy in your infrastructure, you need two servers housing identical data - a primary server and a secondary server.

A failover monitoring server checks the primary servers for any problems. Should a problem be detected, it will automatically update DNS records so that network traffic is diverted to a secondary server.

What is IP failover?

IP failover is a popular technique for server redundancy. Servers run a so-called heartbeat process and in the event of one server failing to see the heartbeat of the other server, it takes over the IP address of the failing server.

IP takeover is implemented when two servers are connected on the same switch and are running on the same subnet.

What else should be redundant?

In addition to a redundant server, your infrastructure should make sure it has other parts that can be duplicated in case of emergencies and to ensure maximum uptime.

Backups: Backups can be deployed to ensure data held locally is also stored elsewhere (on the cloud, or another data centre in a distant location). This allows you to quickly restore data in the event of a disaster.

Disk drives: Hot spares should be available so that if a disk drive in a primary server fails, another drive can immediately replace it. Using a RAID array should ensure that a server can keep running when there is a single disk failure.

Power supplies: Redundant power supplies should be deployed on critical servers so that if the main power supply fails, it can continue to run.

Internet connectivity: If your server needs to have a connection to the internet at all times, having a line from a different telecoms company is important. If one line fails (e.g. if a workman severs a cable), traffic can shift onto an undamaged line.