The company continues its winning streak following the $6.9bn acquisition of Mellanox 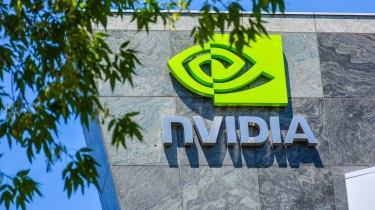 Nvidia has forecast its 2021 second-quarter revenue above analysts’ estimates, powered by a surge in demand for data centre components amid the mass shift to remote working.

The company expects its Q2 revenue to be $3.65bn (£3bn), “plus or minus 2 percent”. According to IBES from financial market data provider Refinitiv, analysts were estimating this to be around $3.29bn (£2.70bn), as reported by Reuters.

NVIDIA founder and CEO Jensen Huang said that the company has “had an excellent quarter”.

“The acquisition of Mellanox expands our cloud and data centre opportunity. We raised the bar for AI computing with the launch and shipment of our Ampere GPU," he said. "And our digital GTC conference attracted a record number of developers, highlighting the accelerating adoption of NVIDIA GPU computing."

Huang also added that Nvidia’s data centre “achieved a record and its first $1 billion quarter”, an 80% increase from the year before.

“NVIDIA is well-positioned to advance the most powerful technology forces of our time – cloud computing and AI,” he said.

Last month, the company announced that it would join the digital fight against coronavirus by providing the COVID-19 High-Performance Computing Consortium with its expertise in AI and large-scale computing optimisations.

During the course of the coronavirus pandemic, the unprecedented demand for chips, especially the ones used in data centres, has proven to make or break a tech company’s revenues.

In March, HPE reported that its year-on-year revenues for the previous quarter have declined by 8% due to difficulties in its compute business, led primarily by the continued shortage of Intel processors.