ARM-fitted supercomputer now the most powerful in the world 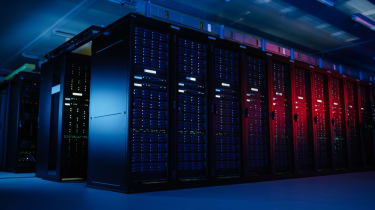 The TOP500 benchmarking index of the world’s most powerful supercomputers has been topped for the first time with a system powered by an ARM processor.

Fugaku, which is fitted with Fujitsu’s 48-core A64FX SoC, has achieved the number-one spot in the latest edition of the TOP500 register.

Peak performance of this system reached over 1,000 petaflops in single or further reduced precision, often used in machine learning and AI applications. On the HPL benchmark, Fugaku reached 415.5 petaflops, versus the 148.6 petaflops of second-placed IBM-built Summit supercomputer.

The news has emerged just as Apple announced it’ll be launching its own custom-built ARM-powered Macs by the end of 2020, promising major performance improvements. The company confirmed at its WWDC keynote this week that the custom ‘Apple Silicon’ will give Macs higher-performing GPUs, improved power efficiency and higher per-watt performance.

The ARM-powered Fugaku system is installed at RIKEN Center for Computational Science (R-CCS) in Kobe, Japan, and is part of a national plan to address social and scientific challenges, including the search for COVID-19 treatments.

The supercomputer, which is set to be fully operational by April 2021, is already being used to run simulations of how the virus can spread, as well as helping with the effort to fight the pandemic, according to RIKEN.

IBM’s Summit supercomputer, which is equipped with two 22-core Power9 CPUs and six NVIDIA Tesla V100 GPUs, ranked second on the benchmarking index and remains the fastest supercomputer in the US. This is based at Oak Ridge National Laboratory (ORNL) in Tennessee.

This is followed by the California-based Sierra, which boasts a similar architecture to Summit, powered with two Power9 CPUs and four NVIDIA Tesla V100 GPUs.

The 55th edition of the bi-annual TOP500 list was also notable for aggregate performance surging from 1.65 exaflops six months ago to 2.23 exaflops now. The majority of that increase was as a direct result of the new number-one Fugaku supercomputer.

China, meanwhile, continues to dominate the list in terms of the number of systems, with 226 supercomputers occupying positions of the 500, predominately developed by Lenovo. This is followed by the US, with 114, and Japan in third place with 30.

Although China dominates in terms of count, the US still edges out its rival in terms of aggregate performance, with 664 petaflops versus China’s 565 petaflops. Despite the Fugaku supercomputer, Japanese systems only reached an aggregate 478 petaflops.