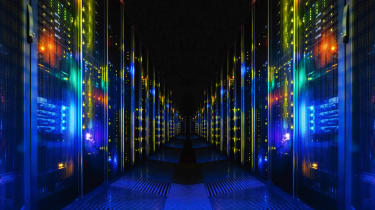 HPE has secured a deal to build a supercomputer in the Czech Republic in 2021, what is considered to be the fastest of its kind in the country.

The development is part of the EuroHPC Joint Undertaking, an initiative between the EU and the tech industry to coordinate and combine resources to develop world-class exascale supercomputers within the continent.

The new installation has the working title "Euro_IT4", referencing the IT4Innovations National Supercomputing Center, an R&D facility in the Czech Republic, where it will be housed.

HPE will power the project with its Apollo 2000 and Apollo 6500 systems, which are purpose-built to support high-performance computing (HPC) workloads, such as modeling and simulation, with AI and other data-intensive applications.

IT4Innovations has said it plans to use the system to boost weather forecasting, advancing drug discovery – including a cure for COVID-19 – and to develop greener and sustainable infrastructure.

"HPE is uniquely positioned to provide the complete infrastructure and services that the next era of supercomputing demands, and together we are delivering one of the most powerful supercomputers in Europe that will benefit science, industry and society as a whole," said Vit Vondrak, Director at IT4Innovations.

The Euro_IT4 will feature over 500 Nvidia A100 Tensor core GPUs and network for targeted AI performance. Once built, it's anticipated it will sit somewhere between the 20th and 50th fastest supercomputers in the world, with an anticipated peak performance of 15.2 petaflops per second.

AMD's 'Hawk' supercomputer in Stuttgart, Germany, is thought to be the fastest general-purpose system for scientific and industrial computing in Europe. That installation consists of 44 racks and 5,600 computer nodes, providing around 25 petaflops per second of compute power.

That, however, pales in comparison to the world's most powerful supercomputer, the 'Fugaku', which is the number one listed by the TOP500 benchmarking index. Powered by Arm processors, the Fugaku reached 415.5 petaflops per second.