NAS vs cloud: when on-premise storage is right for your business

Cloud storage may be popular, but there are many applications where NAS devices are the better option 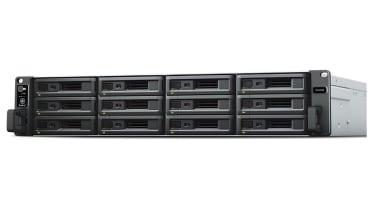 The cloud has been a central focus of attention in IT for as much as two decades, although its rise to dominance has been in the last ten years. Most businesses are now wondering if they should be shifting some of their workloads in that direction, and the annual TechTarget survey in 2019 found that more than a third of companies said migrating to the cloud was their top priority. But the cloud can’t do everything. On-premises network attached storage (NAS) still has many benefits, and in this feature, we will explain what the main ones are.

Probably the most significant area where NAS still wins out over public cloud services is in the sheer cost of a large-capacity repository, if you need regular rapid access to the data. Although cloud storage gets cheaper all the time, the price still mounts up if you need a lot of it over an extended period. The issue is complicated by the fact that the comparison is between two different types of expenditure – capital versus operating. There is usually no up-front capital expenditure with a public cloud, but the operating expenses will grow with your storage needs. A NAS device, on the other hand, will cost a lot to buy but much less to operate on a day-to-day basis.

One cloud provider, for example, will set you back from $4 per TB per month for slow “glacier” archive storage to $26 per TB per month for the fastest tier. In contrast, Synology’s latest SA3200D 2U rackmount appliance can provide 192TB NAS capacity using 12x 16TB SAS drives for a price of around £12,500 for the entire solution, chassis and hard disks, or £65 per TB. But this is a one-off payment, so it would only take a few months for the 192TB NAS to become cheaper than cloud if you use its full capacity, even when you take power, machine room cooling, maintenance and other running costs into consideration.

It’s also worth noting that if you tried to replicate this much storage using standard commodity servers, the capital expenditure would be a lot higher. This may be a necessity if you need strong compute ability to go with your storage. But if your main requirement is capacity, you will get a lot more of this for your money with a NAS device, as the base platform will be cheaper, and you will probably need fewer of them for a given capacity. The Synology SA3200D, for example, has optional expansion modules that can augment its capacity to a whopping 576TB via 24 more drives in two 2U units. You would probably need at least ten regular 2U servers to achieve the same capacity, which could cost about twice as much. Another standout feature of the SA3200D is its dual controller with automatic failover, maximising the availability of any file services or applications its providing. Since one of the benefits of using cloud services is the uptime, dual controller functionality removes one of the barriers to using a NAS.

There’s another feature where NAS wins hands down over cloud – performance. For long-term storage you might not use regularly or at all, such as a long-term archive, you could go for the cheaper end of the cloud spectrum. But if you need regular access to lots of your data, even the most expensive cloud option will lag behind a NAS device on your local network for access times and bandwidth. The fastest internet connection won’t be able to offer the throughput that a NAS device can over a 10 Gigabit Ethernet, precluding certain types of application.

For collaborating on local data, particularly when working with capacity- and throughput-intensive files such as video, fast shared access is essential. A NAS device provides that facility at local networking speed, which may not be that far behind a local drive directly attached to your workstation for a performance-oriented RAID configuration. A NAS device can also provide similar private cloud access outside the local network as a public cloud service. So if you need to share files across any device, anywhere, a local NAS device will provide this with the fastest possible performance when on the LAN, and still allow access remotely.

Of course, one area where many companies favour the cloud is backup. Having a managed storage repository online, off-premises is definitely something that will give you peace of mind that your data is safe. But you will still encounter the capacity and performance problems we have already discussed, and if your company has multiple offices, a central HQ location with a larger-capacity NAS provision can provide a centralised backup as well. The performance of the local backup will be much quicker if it takes place from client systems to a NAS device on the local network than if this takes place to the cloud. This can then be copied to a central NAS for additional security.

A perfect example where this approach has paid dividends is BBC Media Action. They are the BBC’s international development charity, with 16 regional offices that produces video to help reduce poverty and support people in understanding their rights, with an audience of over 100 million worldwide. Previously, BBC Media Action had been using portable drives at its local offices, which made it hard for multiple editors to work on video files at the same time. This also ran the risk of content being lost when a physical drive was mislaid, whilst making it hard for the central London office to see raw footage in a timely fashion. 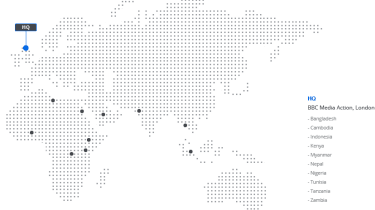 Using standalone NAS enclosures from Synology, the organisation improved local capacity at ten of its regional offices, whilst also bolstering the storage at the London head office with a larger rackmount NAS device. The regional NAS devices meant that the raw footage could be held much more securely and worked on by multiple people more easily. Synology’s Hyper Backup software was then employed to ensure that data on the local office NAS devices was secured onto the central office NAS device every day. Not only did this prevent any losses, but also meant that the London HQ could see the footage more readily as it was being produced.

A cloud solution may not have provided the necessary local performance for collaborating on video production work, which requires very high bandwidth. Although cloud can provide lots of flexibility and ubiquitous access, it’s not the perfect solution to every scenario, as the BBC Media Action case study shows. There is a clear business benefit for local NAS devices in a variety of scenarios. If you need better performance than the cloud can provide, and require access to lots of data regularly, a local NAS device will provide the capacity and speed your business demands.