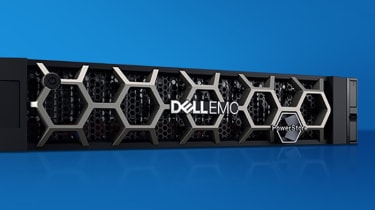 Dell EMC has taken the wraps off PowerStore, a new line of mid-range storage arrays that bring Dell and EMC technologies together in a single appliance, on what would have been the first day of parent company Dell Technologies’ annual conference.

Speaking to journalists ahead of the launch, Travis Vigil, SVP of product management at Dell EMC, said it was the first new product introduced since the 2016 merger between Dell and EMC that used expertise from across both sides of the storage and server business, as well as from other arms – notably VMware.

Caitlin Gordon, VP of marketing at Dell EMC Storage, added that the company has been working on this project for “a number of years”

Explaining the development of PowerStore, Gordon pointed to the fact that data has never been more valuable for businesses than it is today, but noted that it’s also incredibly diverse and difficult to manage. At the same time, organisations are also under pressure to carry out digital transformation, which IT is expected to support.

Upon realising there was nothing in the Dell Technologies portfolio – nor, the company claims, anything in the market more generally – that met that dual need in a single system, the decision was taken to build a new product “from the ground up”.

The company also says that PowerStore can support any workload, traditional or modern, including containers, files, and virtualised or physical apps and databases. It also offers the ability to scale up and scale out up to 2.8 petabytes effective and 11.3 petabytes effective per cluster respectively, as well as having always-on inline deduplication.

It also has built-in machine learning to help optimise system performance, cloudIQ storage monitoring software and is programmable, allowing administrators to treat the infrastructure “as code”.