Netgear debuts OS with a redesigned GUI but is this rack mount appliance the runt of the litter? 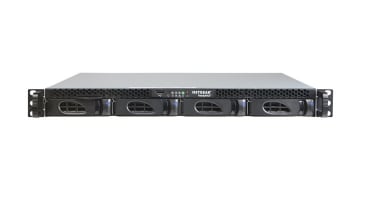 Netgear's ReadyDrop provides similar features to DropBox (which the 2120 supports as well) but without leaving your data in the cloud. You need to enable the ReadyNAS Remote service for this to work and it requires a small utility loaded on your PC or Mac.

The appliance can be backed up to another remote unit using Netgear's Replicate service which has its own cloud portal. You can create scheduled backups between appliances but Replicate is an optional service and costs around 140 per appliance. 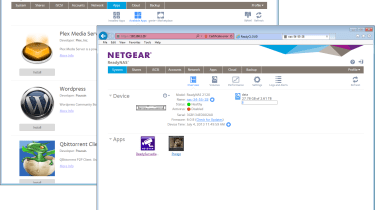 Using a Dell PowerEdge R515 server loaded with Windows Server 2012 we found performance to be well below par. Drag and drop copies of a 2.52GB video clip returned read and write speeds of only 95MB/sec and 65MB/sec.

FTP speeds were in the same ballpark with the FileZilla utility recording download and upload speeds of 92MB/sec and 60MB/sec. General backup operations are painfully slow as copying our 22.4GB mix of 10,500 small files averaged only 33MB/sec.

Netgear's new ReadyOS 6 brings in a heap of new features and the cloud services make management a lot easier. However, the ReadyNAS 2120 fails to impress as despite the upgraded hardware, performance is poor.

It's not good value either with a diskless unit costing over 700. When we tested the ReadyNAS 314 in our sister title, PC Pro, we found this sub-400 4-bay desktop unit to be much faster. It also supports two EDA500 expansion units so unless you insist on a rack appliance, this is a far better bet.

The ReadyOS 6 software delivers an impressive range of features including unlimited snapshots but the ReadyNAS 2120 fails to impress in other core areas. It’s expensive, can’t be expanded outside the box and performance is excruciatingly slow when anti-virus is activated.