Good remote management, unlimited snapshots and free replication - is there anything not to like about Netgear’s ReadyNAS 316? 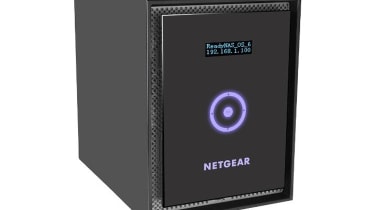 For general file sharing, the 316 delivers a fair turn of speed. Using a Dell PowerEdge R515 server loaded with Windows Server 2012, we saw drag and drop copies of a 2.52GB video clip return read and write speeds of 99MB/sec and 96MB/sec.

FTP speeds were similar with the FileZilla utility reporting download and upload speeds of 101MB/sec and 89MB/sec. Backups will be slower as copying our 17.4GB mix of 10,500 small files averaged only 47MB/sec - Synology's DS1813+ returned a much faster 78MB/sec.

As we found with the ReadyNAS 2120, Netgear's real-time anti-virus scanner hurts performance. With this enabled we saw our small file copy test return only 22MB/sec. Not as bad as the 8.3MB/sec we recorded for the 2120 but still something to bear in mind for backup operations. 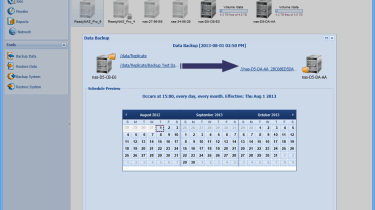 Replication free for all

Replication to remote appliances is possible and is now free for all ReadyOS based systems. The Replicate service has its own portal for managing schedules to run regular folder and system copies between appliances.

We tested Replicate using a ReadyNAS 516 as our off-site target and were able to create scheduled folder and system backups. On the first run, a snapshot is used to back up your selection and all subsequent jobs copy block level changes only

For folders you can browse the contents of both source and target appliances from the portal and decide how often to run tasks. You can also specify how many file versions to keep and the cloud service retains job logs for reporting.

You can replicate between RAIDiator and ReadyOS based appliances but there are caveats. Only folder level replication is supported in this scenario and the older models each need licensing which costs around 140 per box. 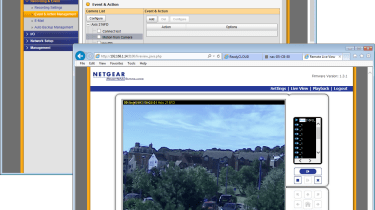 Netgear offers a good selection of free apps that can be installed from its Genie Marketplace with a single click. If you like DropBox (which the 316 supports) but prefer to keep your data on premises then ReadyDrop is the answer.

After enabling it on the appliance you load a small utility on your PC or Mac. It's a two-way street as syncing occurs if files are placed in your local folder or on the appliance's ReadyDrop folder.

The Netgear Surveillance app provides a good range of IP camera monitoring features. It activates a 30-day evaluation period when installed but requires a license for every camera. Synology and Qnap include a single camera license free but Netgear charges around 50 for one camera rising to 125 for four. Conclusion

The ReadyNAS 316 may not be as feature packed as similar appliances from Synology or Qnap but it trumps them with its unlimited snapshots. With a diskless appliance costing around 524 ex VAT, it's good value for a six-bay box and, anti-virus notwithstanding, it's a decent performer as well.

The ReadyNAS 316 offers a good range of NAS and IP SAN features for the price along with solid build quality. Performance is reasonable if you avoid the anti-virus scanner and Netgear scores highly for its unlimited snapshots.