WD’s latest Arkeia desktop backup appliances are excellent value but do they have the performance to match? 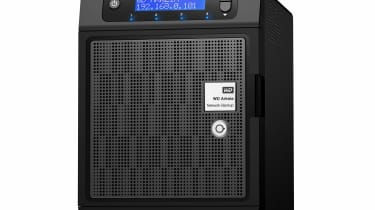 WD has been making inroads into the backup appliance market and its DA series focusses on the needs of SMBs. Two desktop models have been launched and we bring you an exclusive review of the DA2300.

WD's MRSP of 3,790 initially looks steep but it's good value. The DA2300 gives you 4TB of usable backup storage twice as much as Barracuda's Backup Server 490 which has a starting price of 5,298. 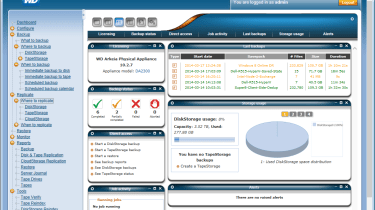 Initial installation is fast as the appliance's web interface kicks off with a quick start wizard. This assists with securing admin access, assigning a fixed IP address and adding email alert details.

Client support is extensive and includes over 200 platforms although agents for apps such as SQL Server, Exchange, Hyper-V and VMware are optional. For testing, we used Windows Server 2008 R2 and Hyper-V, Server 2012 R2, Exchange 2007, Windows 7, 8 and 8.1 plus VMware ESX Server 5 systems.

First, you need to deploy the various agents and the process isn't as slick as Barracuda which uses the same agent for most Windows platforms. WD offers a multitude of platform specific agents which must all be downloaded from its support site.

For our Exchange server we needed to install two agents whereas Barracuda only requires one. The DA2300 doesn't require an agent for VMware as you just supply the host's IP address and root credentials. 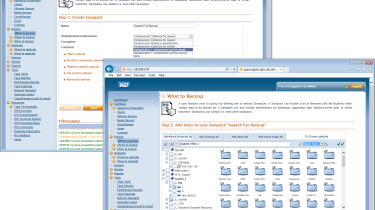 The Arkeia software uses specific concepts for backup with Savepacks defining backup sources and describing clients, paths, apps, folders and files. Once our agents were installed, we could browse each client's drives and apps and choose what we wanted secured.

VMware servers don't appear as separate clients and must be accessed from the appliance's own tree where it shows the vStorage option with all VMs listed for selection. You'll also need to load an agent inside each VM for file and app level backup.

WD uses Microsoft's VSS for securing online and offline Hyper-V VMs but an agent is required inside each one for file-level backups.  Unlike Barracuda, WD doesn't currently support Exchange message level backup so you can't restore individual mailboxes.

The appliance's storage is defined as a Drivepack which is used as a backup destination. Costing 2,800, an upgrade kit consists of an extra 8GB of DDR3 and two more 4TB drives which are configured as a new mirror and defined as a second Drivepack. 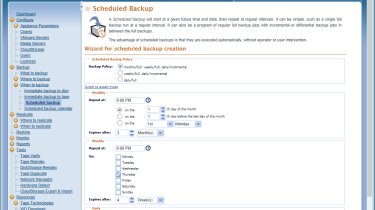 Backup jobs are created by linking a Savepack with a Drivepack and enabling compression plus Arkeia's progressive deduplication for big storage savings. For the latter, you can run this client-side using the agent but the DS2300 has enough grunt to do it appliance-side the DA1300 and its little Atom isn't powerful enough.

Each job can be scheduled and the DA2300 offers predefined strategies combining standard monthly and weekly full backups with daily incrementals. Each job can only run one backup per day but WD aims to address this later on by implementing the  same incremental forever' strategy as used by Barracuda.

If you have two storage areas on the appliance you can replicate one to the other. For replication to a remote Arkeia appliance, you have CloudStorage and WD's seed and feed' feature for exporting data to a USB storage device for fast import into the remote unit. 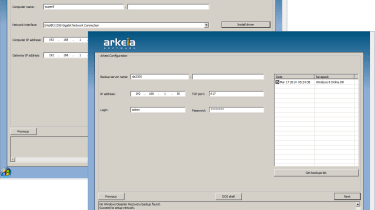 For bare metal recovery, you boot the recipient from the ISO and browse the appliance for DR backups

Backup performance is slow but comparable to Barracuda with a full system backup of a Windows 8.1 system averaging 27MB/sec. With client-side deduplication enabled, speed dropped to 20MB/sec while running it appliance-side saw this fall further to 17MB/sec.

A save state backup of two VMs on our Hyper-V system returned a speedy 60MB/sec while a VMware backup of three inactive VMs saw 23MB/sec. File restoration is simple enough but we recorded a modest 15MB/sec whilst restoring a 23GB test folder containing 10,500 files.

Bare metal recovery of Windows systems requires yet another agent loaded and a separate DR backup created. To test this we downloaded WD's DR Online Restore ISO and booted our test Windows 8.1 system with it.

This loads a Windows PE recovery environment so you may need some 32-bit LAN drivers close at hand. It runs through selecting the backup appliance and browsing DR backups and after configuring a new drive in the PC, we had it restored in under an hour.

Having tested Barracuda's Backup Server 490, we found it offers more features than the DA2300 and is easier to deploy. Where WD scores though, is with its equally extensive client platform and app support and its much lower price which makes it more affordable for small businesses.

The DA2300 isn’t as easy to use or as well featured as Barracuda’s Backup Servers but it’s a better value. Extensive client support is provided and performance is comparable with many other all-in-one backup appliances.