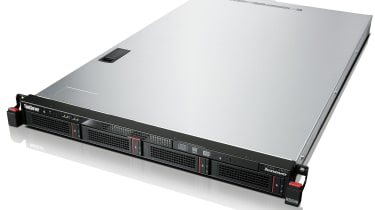 IBM's plans to move its x86 server business to China have been reportedly put on hold because of US national security concerns.

The deal, that would see IBM offloading its x86 server business to Chinese company Lenovo is 'in limbo' according to the Wall Street Journal because there are fears Chinese intelligence agents would be able to access and intercept the servers remotely.

US security officials and members of the Committee on Foreign Investment in the US (CFIUS), who originally signed off the deal, voiced their concerns this week, meaning it's unlikely the offloading would happen by the end of 2014 as originally specified.

IBM's x86 servers are used in communications networks and in data centres used by the Pentagon, hence why the security risk is so high.

The concerns specifically apply to the transfer of technology for clustering servers together and if Lenovo was to take on the maintenance contract, it could allow the Chinese government to access top secret data from the servers using software updates.

However, Lenovo and IBM are addressing the CFIUS's concerns regarding server maintenance, saying that IBM will continue to provide maintenance on Lenovo's behalf "for an extended period" after the sale is finalised.

Lenovo revealed it was to buy IBM's x86 server business in January this year, for $2.3 billion (1.35 billion).

However, IBM said it would continue to develop its Windows and Linux software portfolio for the x86 platform once the deal closes.