Taking inspiration from one of the late author's books, redditors are remembering the writer in a novel way 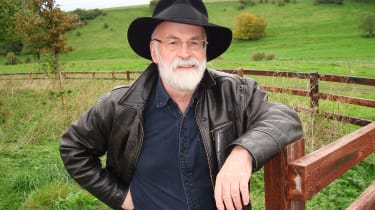 Sir Terry Pratchett's name will live on in web servers, after a group of Reddit users created an unusual tribute to the renowned fantasy author, who passed away last week.

The Redditors used Sir Terry's Discworld book Going Postal as inspiration for their tribute, after he wrote about the clacks telegraph system that many Discworld fans saw as an early predecessor of the internet.

When one of the clacksmen, John Dearheart, is murdered in the novel, other characters honour him by issuing a line of code including his name, prefixed by 'GNU' instructions that ensure other clacksmen include it in their messages, meaning his name remained in use up and down the clacks.

This 'overhead' read 'GNU John Dearheart' - with the G representing passing on the message, N 'not logged' and U meaning it must be returned when it reaches the end of the clack line.

Now, Reddit and other website administrators are putting Sir Terry's name on the web servers they control, by adding a similar command - "X-Clacks-Overhead: GNU Terry Pratchett" - to their http headers.

The group of redditors have issued instructions for web server owners to install GNU Terry Pratchett on their own servers so his name is instilled in the internet forever, ensuring a line from the novel, "A man's not dead while his name's still spoken," rings true.

The message is logged in the headers these administrators' machines share with computers that request web pages, meaning the data is continually being sent around the internet, without anyone being able to see it.

Additionally, an extension for Google's Chrome browser has been developed, which spots when someone is using the header and alerts the user when they hit the site.

Although the instructions were at first limited for use by people with their own specific web servers, it has now been extended to work on other servers, apps, proxies and mail servers.

A Wordpress plug-in has also been developed to support the cause on open source websites.