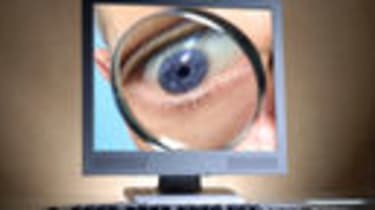 The UK must redraft its "intolerable" terror laws from scratch, a watchdog recommended today.

Parts of RIPA, and DRIPA 2014, must be scrapped by the government as it returns to the drawing board, said David Anderson, Britain's independent reviewer of anti-terrorism laws, in his report published today.

The report 'A Question of Trust' also said the government must outline the need for new surveillance powers such as the Snooper's Charter.

Writing in his report, Anderson said: "RIPA, obscure since its inception, has been patched up so many times as to make it incomprehensible to all but a tiny band of initiates. This state of affairs is undemocratic, unnecessary and in the long run intolerable.

"But trust requires verification. Each intrusive power must be shown to be necessary, clearly spelled out in law, limited in accordance with international human rights standards and subject to demanding and visible safeguards."

RIPA, which allows police and spies to intercept emails, phone calls and snoop on people's online movements, should be overseen by a law that bolsters safeguards to prevent abuses of power.

One measure the report recommended was to strip ministers' powers to approve surveillance warrants, giving these responsibilities to judges, instead.

A new law should be easy to understand, too, while any extra surveillance powers must be justified by strong cases for their introduction, Anderson added.

He called for a new easily understood, comprehensive law with improved safeguards, and judges, not ministers, approving warrants to allow access to the content of emails, phone calls and other communications.

It should also comply with human rights standards, despite the Conservatives' proposal to ditch the Human Rights Act

Any further powers, such as forcing service providers to keep details of all individuals' internet use, should only be allowed after a compelling case was made, he added.

Shami Chakrabarti, director of human rights organisation Liberty, said: "This thoughtful report is in sharp contrast with the defensive whitewash from the discredited Intelligence and Security Committee of the last Parliament.

"Whilst we don't agree with all his conclusions, Mr Anderson's intervention could be the beginning of re-building public trust in surveillance conducted with respect for privacy, democracy and the law. It is further vindication of Edward Snowden's courage."

The part Chakrabarti does not agree with is Anderson's support that mass surveillance should continue, if the right safeguards can be introduced.

He wrote: "The capability of the security and intelligence agencies to practise bulk collection of intercepted material and associated data should be retained ... but used only subject to strict additional safeguards."

These cover judicial authorisation and a tighter definition of the reasons it is required.

Reacting to the report, Home Secretary Theresa May suggested she would push the Snoopers' Charter through Parliament regardless of the report's advice.