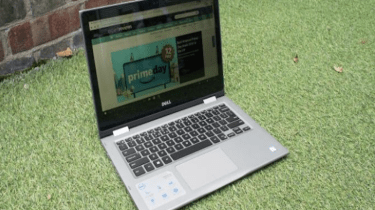 This 2U chassis has 12 hot-swap SATA drive bays and is powered by a quad-core 3.3GHz E3-1230 v2 Xeon. The base 4GB of DDR3 memory can be boosted to 32GB and it offers quad Gigabit ports plus a pair of PCI-Express slots for adding 10GbE adapters.

Expansion potential is impressive as the dual SAS ports are used to connect up to two 12-bay RX1217 or RX1217RP disk shelves. Pushing the total drive count to 36, these can be connected without powering the main unit down and existing arrays expanded into them. 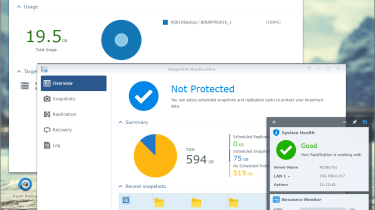 Synology's latest DSM 6.2 offers a superb range of storage features with data protection high on its agenda. For starters, you get support for BTRFS volumes, which also brings in NAS share and iSCSI LUN snapshots.

These are managed by the Snapshot Replication app, which allows you to create snapshots on demand or schedule them at regular intervals. We found file recovery equally simple as we used the app to choose a snapshot, browse its contents and either copy the selected file to a new location or email it to another user.

The Hyper Backup app provides a single console for managing all your local, remote, Rysnc and cloud backups and has options for scheduling eighteen different types of backups. We also used the RS3617xs as a central backup repository for securing a remote Synology NAS appliance and used the Hyper Backup Vault app and its Backup Explorer tool to browse files and restore them directly.

Cloud backup features are exemplary with the Cloud Sync app now working with twenty public providers. We also used the new File Explorer app to link the appliance with our Dropbox and Google Drive accounts, browse their contents and download files directly.

Workstation backup is deftly handled by the Cloud Station Server app which teams up with Synology's Windows, Mac and Linux clients. With the Backup client loaded on our Windows 10 desktop, we connected it remotely to the RS3617xs via its QuickConnect ID and selected local and remote folder pairs for real-time one-way synchronization if you want two-way Dropbox-like syncing use the Cloud Station Drive app and client. 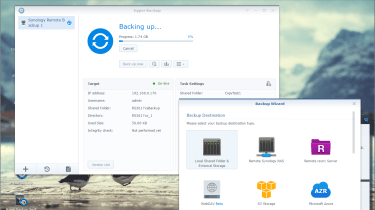 The RS3617xs works as a backup target with our 22.4GB test folder and its 10,500 small files secured at a speedy average of 2.4Gbits/sec. The Xeon E3 CPU also handled share encryption duties well as our 25GB test file was copied to an encrypted share at 2.4Gbits/sec with CPU utilisation settling at around 20%. 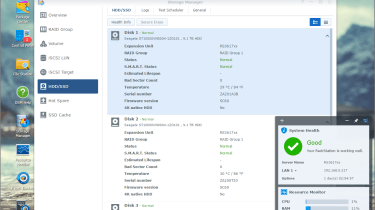 Synology's PetaSpace app is designed to overcome DSM's maximum volume restrictions of 108TB for base systems and 200TB for those with 32GB of memory. It allows you to amalgamate multiple volumes on the appliance and present them as a single massive shared folder for functions such as data archiving.

The app name is currently a misnomer as even with a full house of 10TB hard disks, the maximum physical capacity of the RS3617xs is 360TB which is some way short of actual Petabyte folder sizes. Even so, the app is very simple to use and to test it, we used four 1TB volumes and joined them together to create a 4TB group.

Shares are created within a PetaSpace volume via the app where we could define permissions for specific users and control access for functions such as file modifications and downloads. Usefully, our share could be increased in size on the fly simply by adding another volume to the PetaSpace group.

We saw a slight hit on performance over 10GbE for PetaSpace shares with copies of our 25GB test file returning lower read and write speeds of 3.1Gbit/sec and 2.6Gbit/sec. We also noticed that the Snapshot Replication app does not allow snapshots to be taken of PetaSpace shares. 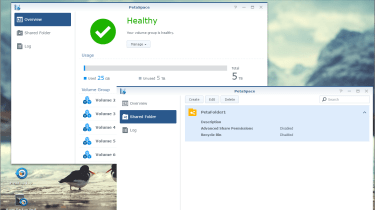 With a diskless unit costing around 1,950 ex VAT, the RS3617xs looks good value and combines this affordability with a fine range of storage features. It's very easy to deploy and use while the dual SAS ports offer plenty of expansion potential.

SMBs hankering after a big NAS appliance with a small price will like the RS3617xs. It’s fast over 10GbE and Synology’s data protection features make it a great backup server.