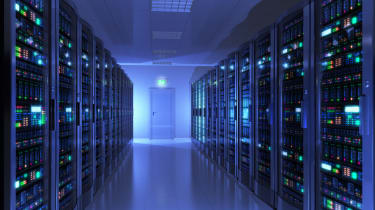 Revenue for HPC servers across the first three quarters of the year, which is the most recent data available, was up by a similar amount (3.4%), resulting in a global figure of $8.1 billion.

Hewlett Packard Enterprise (HPE) fared particularly well, with a 35.8% share of overall HPC server revenue. The company has been working to boost its general HPC presence over the course of the past 12 months, unveiling several new workload-optimised compute platforms optimised for HPC in April at its annual Discover conference in Las Vegas and acquiring SGI in the summer.

Dell was the second largest player, with 18.5% of total revenue. This figure could change in 2017, however, as the merger of Dell and EMC to create Dell Technologies only completed in September 2016. The company also released a swathe of new HPC systems and software at the end of 2016, and is due to release a new HPC system for life sciences this month.

There is some turbulence in the overall market, though, with revenues generated by the lower end of the market in decline.

IDC doesn't see this as an indicator of a future downward trend in the overall HPC server market, however. "The workgroup segment, and especially the departmental segment, substantially ramped up purchases of HPC servers in the period 2012-2015, in tune with the global economic recovery," said Kevin Monroe, IDC senior research analyst for technical computing.

"In the first three quarters of 2016, more of these buyers were in a position to wait a while before buying another system. IDC expects this dip to be temporary," he added.