Parliamentary group says government must do more to challenge myths, and communicate the benefits of smart cities 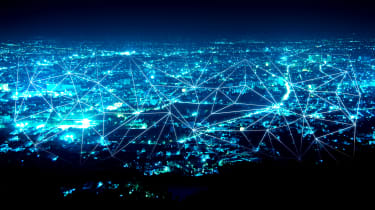 Scepticism of smart technology and confusion around what 'smart city' means risks alienating the public and hampering progress, a parliamentary group has warned.

Beyond improving messaging and better-communicating the benefits around smart cities, central government must develop a coherent approach to deploying smart technologies across the UK, according to findings by the All-Party Parliamentary Group (APPG) for Smart Cities.

Titled Intelligent Leadership: how government strategy can unlock the potential of smart cities in the UK, the MPs' report also called for greater cooperation between businesses and local government, and for local authorities to adopt a 'thinking smart' mentality.

"Scepticism and even concern around the advancement of smart technologies is not uncommon. At best, 'smart' is often equated to expensive gimmicks -- at worst, as a threat to the security and livelihood of citizens," said Iain Stewart MP, chair of the inquiry.

"Therefore, central government has a leading role to play in challenging these misconceptions and misunderstandings: the role of smart cities is not to create a society of automation and alienation, but to bring communities together."

The report represents the culmination of an inquiry launched by the group of MPs towards the end of last year, gathering responses from organisations ranging from SMBs to trade associations, and nonprofits, before hosting roundtable evidence sessions in Parliament.

Summarising its findings in a 17-page report, the MPs encountered four main themes; the importance of a citizen-centred approach, the role of central government in fostering collaboration between individual cities, how local government can achieve their goals through smart technologies, and how pilots can be supported to scale up.

"Many UK cities are already on this journey, and it is vital that central government provides them with the tools to make this change, step by step," Stewart continued.

"Becoming a smart city should not be seen as an extra burden forced upon authorities, but as a way to become more efficient operators, to offer better services, to delivering better outcomes, and ultimately to become a better place to live."

The main benefits of smart technologies, according to the report, including improved accessibility for physically-impaired members of the public, reduced strain on the NHS by joining-up services and promoting data sharing, and a more flexible transport network with the deployment of technologies such as smart ticketing, among others.

The findings of the inquiry also examined a number of case studies that the UK could learn from, including a data-sharing scheme in Estonia, dubbed "the most advanced digital society in the world", in which citizens are able to easily view their education, medical and employment records through an online portal, and even request changes.

The APPG's main recommendations for government centred on promoting a 'smart culture', convening smart standards and data, as well as facilitating smart exports. Developing smart technologies, and deploying these in towns and cities, should be outcomes-focused, and should involve collaboration, and not competition between cities.

"Smart cities need to be driven by citizens' needs, strengthening our influence over our surroundings, increasing our quality of life and enhancing connectivity in all senses," the report said.

"Smart technology should be seen as a means to an end to deliver outcomes, rather than an end in itself," and "should underpin the approach of all central government departments, and likewise be a cross departmental function of organisations."

Smart technology has in recent months gained more attention from lawmakers across the country, with the Mayor of London recently outlining his roadmap to turn London into a smart city, with more than 20 initiatives underway ranging from rolling out full fibre broadband to all new homes and supporting bids to test 5G.

"There are few areas of innovation that have the power to define our future economy and society more than artificial intelligence," said Sadiq Khan in an address at London Tech Week (LTW) earlier in June.

"As mayor, it is my goal to ensure both that London is at the forefront of developing and capitalising on these new technologies, and that all Londoners can benefit from the opportunities that they create."

The MPs findings come, meanwhile, a few months after a Seagate report projected that smart cities are set to become the norm by 2025, with an increase in the technology underpinning smart cities in the next decade.

Given an explosion in the amount of data held by society and the significance of this data in recent years, the report projected that by 2025 nearly a fifth of the data generated worldwide will be deemed 'critical' to daily life, while nearly a tenth will be seen as 'hypercritical'.