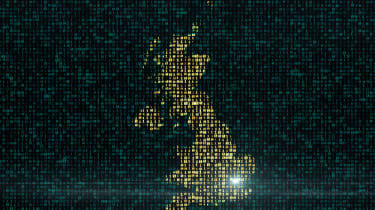 The tech sector has been urged to collaborate with three ongoing public sector infrastructure projects as part of wider pan-industry efforts to build a 'digital twin' of the UK's infrastructure.

A consortium of several agencies, non-governmental public bodies and tech firms has proposed three specific water, energy and road infrastructure challenges as starting points for ways our infrastructure could benefit from sharing technologies as well as better data interoperability.

For example, Ofwat has set a target of reducing leakage by 15% by 2025, the equivalent of 170 billion litres of water, while Highways England has proposed improving air quality on the UK's strategic roads network.

The National Grid, meanwhile, wants to explore ways to monitor and optimise the UK's energy network and power production as it becomes more localised over time.

The initiative was proposed by the construction firm Costain, in partnership with the Centre for Digital Built Britain (CDBB) and techUK, among other organisations, at an event hosted by techUK in London today.

"It's a word that keeps coming up; collaboration. It's not an easy thing to achieve, but it's something that within infrastructure we're getting much, much better at," said Costain's group head for IoT and data services Kevin Reeves.

"Most large projects are enabled now as part of collaborations, but we've got to collaborate to make this a success.

It's a very, very complicated thing as we stand today, and as everyone's pointed out on the panel, there are loads of great ideas and solutions that have been put forward."

Building a network of models

The event dubbed 'Brit-twin: Towards a national digital twin' brought together a host of voices from the industry and organisations critical to the UK's national infrastructure network, such as Network Rail, and Highways England.

These speakers used the event to highlight what is demanded of successfully replicating the UK's infrastructure in a digital format, namely the role of data sharing, and skilling up the workforce.

Creating a national 'digital twin' has been on the public sector's agenda since the National Infrastructure Commission (NIC) released a set of recommendations in 2017.

But progress on these wider aims has been slow, with the NIC's senior regulatory advisor Sarah Hayes suggesting we shouldn't expect to see any meaningful results until at least ten to 15 years, possibly 20.

"A national digital twin is a computer model of a city or region, bringing together all the data points about the areas, the buildings, the infrastructure, and the way the infrastructure is used," she outlined in her address at the event.

"It's a federation of models. It's not just one model; it's made up of many models which have a live connection to the physical infrastructure.

"When these live models are connected together they all form a bird's eye view of the city, region or country as a whole.

"These models will then allow us to better run our infrastructure using artificial intelligence and ML to and spot and eliminate inefficiencies and will enable us to respond to system problems, such as a bridge fallen down, or a flood."

Her comments reflected the view of Iotic Labs' head of marketing and communications Ali Nicholl, who stressed there could never be one true digital twin to represent the country, rather a series of interoperating models fed by several sources of data.

Plans to build a national digital twin, meanwhile, are subject to a series of major obstacles, including a lack of adequate data sharing, a deficit of trust and the inherent difficulties of an infrastructure network populated with 'legacy assets'.

Despite the prevalence of 3D-modelling, often via game engines sourced from third parties, this is just one superficial aspect of the entire idea of digital twinning, according to Costain's Kevin Reeves, who championed the role of data.

"What makes it happen is the underpinning data," he told the audience. "Now believe me, because I've tried, executive boards won't buy into the data side of digital twins. It's hard to get people excited by it. But that's where we need to start; it's where the focus needs to be.

"What we're going to do is collate data from all these different sources, and basically turn that into useful information."

He added that gathering data on legacy infrastructure poses a particular headache to data-gathering and that new technologies can be emerged to unlock the trove of information waiting to be collected.

"One of the challenges with UK infrastructure is there are a lot of legacy assets, from Victorian times to before that, all the way to modern times. And some of our infrastructure assets we have no information about" he continued.

"We started to explore in the water sector. How do we start to bring some of those legacy Victorian assets to life; how do we bring information about these assets into digital twin reams?"

Reeves added that using emerging technologies such as drones, and scanning, were useful in harvesting new data points on old infrastructure assets that his firm had previously been in the dark over. Digitising paper records, meanwhile, allowed them to scrape data from old documents and letters.

Another major barrier facing the industry as it contends with building a digital twin of the UK's infrastructure is the appropriate staffing and skills required to maintain and build on the project as it gathers momentum in the coming decades.

The industry needs to ensure it can boast a diverse workforce, she added, with workers "who will be able to approach the problems from different angles to help solve them".