Beleaguered smartphone maker returns to its roots amid news of Z10 write down and jobs cuts. 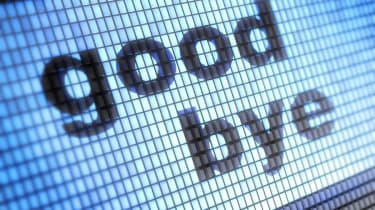 BlackBerry is to retreat from the consumer market and refocus on regaining its stronghold on the business and government sectors.

The announcement coincides with the revelation the firm made a loss of almost $1 billion (623.96 million) during its second quarter, following disappointing sales of its Z10 handset.

The company also confirmed reports it is to slash up to 40 per cent of its workforce by the end of the year.

Thorsten Heins, CEO at the pressured Canadian smartphone manufacturer, claimed the shift back to enterprise and governmental customers would play to its strengths in security and reliability.

"We are implementing the difficult, but necessary operational changes announced today to address our position in a maturing and more competitive industry, and to drive the company toward profitability," Heins said in a statement.

"Going forward, we plan to refocus our offering on ... for enterprises and the productive, professional end user. This puts us squarely on target with the customers that helped build BlackBerry into the leading brand today for enterprise security, manageability and reliability," he added.

Further details of the $1 billion write down are expected during the company's 27 September earnings report. However, analysts have warned the decision to refocus on the enterprise could hasten BlackBerry's already expected demise.

James Faucette, an analyst at Pacific Crest Securities, said: "I don't think [what they are doing now] will work, but I don't think anybody could do much better with it ... I honestly believe that they're trying their best to preserve things for as many people as they can, but it's a very, very hard market."