Apple iPhone 6s Plus vs iPhone 6 Plus head-to-head

The monster iOS phablet gets even more features 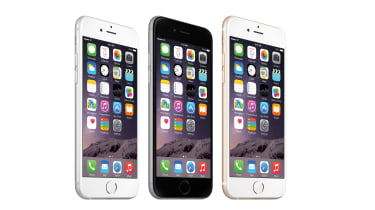 Following the release of the iPhone X and iPhone 8 this year a lot of people are looking to upgrade their handsets to an Apple device they can afford. We were very impressed with the iPhone 6 Plus but the iPhone 6s Plus wasn't bad either. They are both available now for a lot less money then when they originally were released, and thanks to new iPhone additions from this year they should be even cheaper now.

This might make you ask whether you should choose the iPhone 6s Plus, which starts at 549 for the 32GB version, or the iPhone 6 Plus, which is available from around 400 refurbished (Apple doesn't sell these new anymore). Taking a look at these devices' specifications should help you make your choice.

The original iPhone 6 Plus's grey, white or gold colours are retained by the 6s Plus. The phablet is now also available in rose gold or pink, giving you more choice.

The new phablet, however, is a little heavier and chunkier than its older sibling. It weighs 192g and is 7.3mm thick compared to the predecessor's 172g and 7.1mm thick measurements.

Battery life remains the same at around 12 hours for internet usage, although this is what Apple claims. The 6s Plus is built out of a different material that makes the device a close cousin to the Apple Watch. The casing is made out of a 7000 series aluminium alloy and the screen is covered in Ion X glass instead of Gorilla Glass.

Unsurprisingly, the 6s Plus retains the 5.5in and 1920x1080 pixel resolution as its forebear. What's changed is Force Touch, or 3D Touch as Apple calls its pressure sensitive screen technology when used in smartphones.

Different options appear on screen, depending on how hard you press it. For example, pressing hard on an app icon on the home screen will give you shortcuts such as dialling frequently called people in the Phone app, getting directions home in Apple Maps, changing your status in Facebook, uploading a file in Dropbox and playing your favourite album in Apple Music.

Pressure sensitive shortcuts will also appear within apps. So pressing hard on a flight number in an email will show you details about the flight in a pop-up window without you having to leave the email. Pressing hard on an email in your Inbox will show you a preview of its contents and you can then swipe to delete it, reply to it and so forth.

Like the Apple Watch, the iPhone 6s has a Taptic Engine so it can give you tactile feedback. Apple claims the Taptic Engine is more sophisticated than ever, with a wider range of shorter and more distinct feeling feedbacks.

Unsurprisingly the iPhone 6s Plus has a newer, faster processor compared to its predecessor. The 1.4GHz Apple A8 dual core processor has been superseded by the new A9 which Apple claims is more energy efficient, yet still 70% faster overall.

Unsurprisingly, Apple hasn't divulged details about how many cores the A9 has or how much RAM it will come with the existing iPhone 6 Plus has 1GB.

One detail Apple has shared is that the motion co-processor chip is on the same die as the CPU. This means the new M9 is always on without wasting power.

Unexpectedly, Apple claims the Touch ID fingerprint reader on the 6s Plus is twice as fast as the already speedy one on the 6 Plus. Given that fingerprint sensors on Android phones such as the Honor 7 are catching up in speed and reliability, that's no bad thing.

Apple claims it's managed to increase the megapixel count, and therefore the detail present in photos, without the usual accompanying image quality degradation seen when more pixels are packed in to a sensor without increasing its size. For example, there should be less noise in low light compared to other 12 megapixel camera phones.

Video shooting is now at 4K rather than just' 1080p. If you want optical image stabilisation then you have no choice but to opt for the iPhone 6s Plus over the smaller 4.7in 6s, but both phones otherwise have the same camera features including the screen's ability to light up and act as a flash for the front-facing camera.

An interesting new feature is Live Photos. By default the camera app will record a second and a half of video whenever you take a photo and incorporate that motion into the photo itself. Heavy press the photo to see the photo move Apple claims this can add real emotion to many photos.

The video data is apparently compressed so that it doesn't take up that much more storage space than a standard motionless non-Live photo. Live Photos will of course viewable on other Apple devices and there's an API for third-party app developers Facebook was explicitly stated as bring Live Photo support to its app later this year.

These are SIM-free prices and the iPhone 6s Plus retains the nano SIM rather than moving the programmable Apple SIM that comes with the 4G variants of the iPad Air 2.