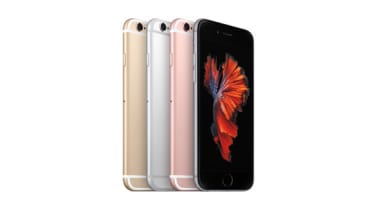 Apple faces an $862 million bill for violating a university's patent on chips used in its iPhone and iPad devices, according to Reuters.

The tech giant was found to have infringed the University of Wisconsin's patent, awarded in 1998, that relates to parallel processing systems' ability to improve energy efficiency and performance in modern computer chips.

Specifically, the university invented a "predictor circuit" that can execute new instructions in advance, based on previously issued chip instructions.

The Wisconsin Alumni Research Foundation (WARF), which filed the patent, sued Apple in January 2014 for using the innovation in its A7, A8 and A8X chips, which are present in the iPhone 5s, 6 and 6 Plus, as well as a number of iPads.

A US jury yesterday decided Apple was guilty of infringement, leaving Apple with the likelihood of footing a massive damages bill.

To add to Apple's legal woes, last month WARF launched a second lawsuit against the Cupertino-based company, alleging that its patent was infringed by the A9 and A9X chips used in the firm's latest set of devices the iPhone 6s, 6s Plus and iPad Pro.

Apple revealed these devices in early September at a San Francisco event, with the phones featuring 64-bit A9 processors.

The iPad Pro is being positioned as a business device competing with Microsoft's Surface, whose A9X processor makes it nearly twice as powerful as its effective predecessor, the iPad Air 2.

IT Procontacted Apple for comment but had received no reply at the time of publication.