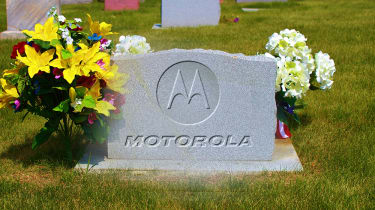 The Motorola phone branding has officially gone the way of the Dodo, with the company confirming the name will be "slowly phase[d] out".

Motorola was the very first mobile phone brand, but Rick Osterloh, COO of Lenovo, which bought Motorola Mobility from Google in 2014,  said in a CNET interview yesterday that the moniker would be retired.

The full Motorola' moniker hasn't been used since the Moto X's launch back in 2013, but this marks the first confirmation from the company that the name won't make a re-appearance.

However, the condensed 'Moto' branding seen on the company's recent devices will remain in use on high-end devices, while others will be rebranded with Lenovo's own 'Vibe' name.

The full name will also persist in the name of the division Motorola Mobility now overseeing all of parent company Lenovo's mobile operations.

The Chinese manufacturer is known predominantly for its PC ranges, but is looking to expand the popularity of its mobile devices beyond its home country.

While the Moto label will adorn its high-end flagships, Lenovo will use its own branded devices in the budget space.

In particular, the company is looking to leverage the name recognition of both brands to expand into different territories.

Motorola, for example, has high brand currency in the West, while Lenovo's handsets have proved very popular in developing markets.

One of the reasons the Motorola name is so well-known is that the company produced the first mobile phone in the world in 1973.

While it has fallen out of favour somewhat since the advent of the smartphone, Motorola's handsets were ubiquitous even up until the early 2000s.

The company was purchased by Google in 2012 and tasked with producing some of the first Nexus devices, before being sold to current owners Lenovo in 2014.