Apple needs to diversify, and fast

Apple's reliance on the iPhone led to record-breaking profits, but markets want more 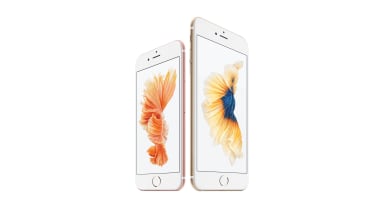 You would think that if you were the CEO of a mega-successful company that just announced record-breaking profits and revenues, then the market would repay that good news with a rise in your firm's stock price.

That's not the case for Apple.

Despite pulling in revenues of $75.9 billion and profits of $18.4 billion, the market looked at other figures and promptly Apple saw its share price fall. So why did this happen, and what should Apple do about it?

Those figures mentioned above were the highest Apple has ever recorded for one quarter, but what worries the market and financial analysts is the lack of growth in iPhone revenues.

These were $51.65 billion from 74.7 million units shipped, an increase of one solitary per cent on the same quarter last year, when Apple managed to flog 74.4 million handsets with $51.18bn of revenues.

Meanwhile, Macs are down on last year, with revenues of $6.74 billion from 5.3 million units, down from 5.5 million units a year ago.

So too are iPads, with tablet revenues having dropped by over a fifth (21 per cent) to $7 billion. Only 16.1 million units shipped compared with 21.4 million the previous year.

The glimmers of hope for the firm lie in its various stores and that mysterious "Other Products" category. Its iTunes, iCloud and App Stores registered $6.05 billion of revenues for the quarter, up 26 per cent on the previous year's quarter. Meanwhile, "Other Products", which include Apple Watch and Apple TV among others, reported revenues of $4.35 billion, a jump of 62 per cent over the first quarter of 2015.

You could read the results and react to them in a number of ways.

It would seem the markets are hitting on Apple for the former, rather than the latter. The Apple Watch has just come on stream for the firm and judging by its inclusion in the Other Products category, this hasn't been the success Apple hoped it would have been. Still we would guess that it has easily sold more smartwatches than the competition combined though just how many, admittedly, is anyone's guess.

Also, the main focus here is still on the iPhone. While the iPhone 6 was a runaway hit, and the iPhone 6s also got people out to upgrade, the reason the latter beat the former in terms of sales was because of its debut in China.

It was expected that the iPhone 6s party would go on and on in China, and that sales would reflect this. But it now looks like the party may have fizzled out rather early, leaving Apple with a strange hangover.

Now it must wait for the iPhone 7 to come out and wow customers again, especially in China.

But Apple needs to do more than simply perform its rinse and repeat method of bringing out another new iPhone in a year's time.

To keep the figures going the right way for the market, Apple needs to get a few more products selling better. The iPhone can't keep delivering record-breaking sales and shipments, sooner or later (sooner, I think) we will reach 'peak iPhone'. Then what?

It's time to diversify

Apple needs to get on with developing those other products. The Apple Watch was a good start but it wasn't quite what people were expecting, and somehow it fell short of those expectations. The next Apple Watch needs to address the perceived flaws of its predecessor. These would be better battery life, a simpler interface and a hardware redesign, for a start.

It also needs to show what its killer use case really is; a sidekick to the iPhone? Or a device that takes its place for most of your day? A glorified fitness tracker? At the moment it is hard to say.

Sadly, a killer app for the smartwatch seems as far away as ever. There doesn't seem to be anything on the horizon apps-wise that would make customers turn out in their droves to buy the device. And people buying it are seemingly leaving them in the drawer to gather dust.

The company also needs to take its Apple TV device more seriously than its "hobby" tag would suggest. Google's Chromecast and Amazon's Fire TV Stick show a lot of promise, with both of these flying off the shelves. This is an area Apple could dominate if it wanted to, but it just doesn't seem to have the heart to try. A more rounded proposition here could knock the competition out of the park. Apple is taking steps to rectify this with more apps and games but it seems there is a long way to go here.

Finally, we need to know whether or not Apple will actually produce its long-rumoured car. Tesla's Elon Musk called it an "open secret" that something was in development (possibly he was annoyed at his engineers being poached by Cupertino), but the rumour-to-fact ratio here is high and needs to decrease in order for the market to know if this will ever see the light of day and, more importantly, whether it will make money for the company.

Diversification is a must if iPhone shipments continue to fall alongside those of the iPad and Mac. Whether Apple can get these products out to market quickly enough remains to be seen.