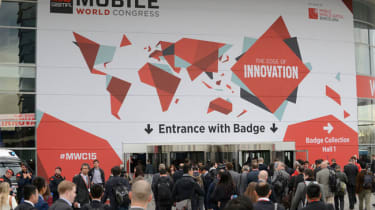 There's less than a week to go until 2016's hottest devices launch at Mobile World Congress (MWC) in Barcelona - here are the biggest announcements to watch out for.

MWC is an annual technology trade show that takes place in Barcelona, focusing on the latest smartphones, tablets, wearables being released and worked on.

It is often used by vendors to launch their biggest devices and is the first chance that the world's media has to get hands-on with the next swathe of gadgets to grace our pockets and wrists.

More than 94,000 attendees came to last year's event, where 2,199 companies showed off their latest products and 140 speakers shared their thoughts on future technology trends.

The annual conference is now in its 11th year at the Fira Gran Via and runs this year from 22 February to 25 February.

22/02/2016:A Windows 10 Mobile-powered mobile is one surprise release at MWC 2016, with HP Inc hoping to attract business users looking for a laptop replacement.

The HP Elite X3 can be used as a laptop if users buy a Mobile Extender dock, which is essentially a battery-powered 12.5in laptop that relies on the X3 for its processing power, pairing with it via Wi-Fi or USB-C. 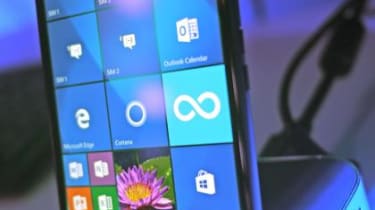 The phone itself features a 6in display of2560x1440 pixels, and runs on a Qualcomm Snapdragon 820 eight-core processor. It also has 4GB of memory, while the final version of the device should include a fingerprint reader, in addition to iris recognition powered by the eight-megapixel front-facing camera.

Its USB-C port and operating system means the X3 can use Continuum, the Windows 10 feature that adapts the user interface to best suit how the device is being used. In practice, this means that connecting the phone to a monitor lets you use Windows Universal apps in a desktop-style interface, with a keyboard and mouse.

HP Inc will sell its own accessories to businesses attracted by this, with a USB-C Desk Dock featuring two USB-C ports and an Ethernet connector.

While no firm release date has been made public, HP Inc expects to release the device this summer.

Read our hands-on with the HP Elite X3 here.

The Xperia Ear connects via Bluetooth or NFC to a user's Android smartphone, it responds to verbal commands to make calls, search the web, dictate a message, or direct the user to their destination. 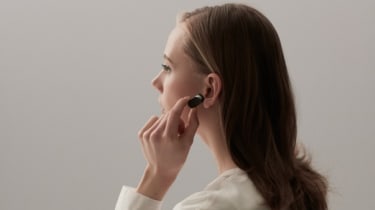 The device also talks to a smartphone app to bring people useful information such as weather, the user's diary schedule, and latest news.

Sony's earpiecefeatures a life3 all-day battery and IPX2 water-protection, and isavailable inGraphite Black. Its case also doubles as a charger. The Xperia Ear is set to be released in summer 2016.

21/02/2016:Samsung today unveiled the Galaxy S7 and S7 Edge, confirming they will feature expandable storage and be water and dust resistant.

The new models - you can read our Hands On guide here - will survive being immersed in up to 1.5 metres of water for 30 minutes, and come with an improved rear camera that works well in low-light conditions. Users can expand the phones' storage by up to 200GB with MicroSD cards that slot into the same tray as the SIMs.

Otherwise, however, the latest devices do not differ hugely from their predecessors, sharing the same screen sizes of 5.1in (S7) and 5.7in (S7 Edge). 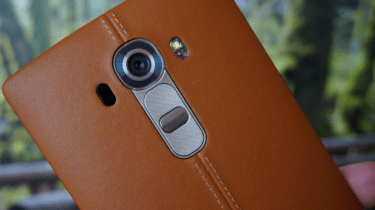 The G5 is proving to be one of the most anticipated handset releases outside of Samsung and Apple for a long time.

Just a few years ago, LG's hardware wasn't anything to shout about, but the releases of two top phones, the G3 and the G4, have changed all that. With a track record of producing fantastic displays and high-spec cameras, LG's G5 announcement could steal the thunder from Samsung's Galaxy S7 release.

This could especially prove the case considering LG will unveil its new phone on 21 February, just a few hours before Samsung's S7 launch is due to occur.

The G5 is rumoured to have an 'always-on' screen that never sleeps, displaying the time and date and up to four notifications. This could be the second screen that reliable leaker Evan Blass claims to have seen.

The phone will also feature an all-metal body for the first time, instead of the faux-leather and plastic shells users are used to, and will sport rear dual cameras, according to PhoneArena.

Pricing:Around 520 at launch, based on the price of its premium-range predecessor, the G4, our sister site Expert Reviews believes. 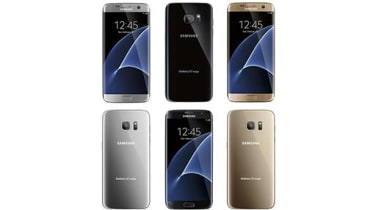 Samsung's Galaxy S7 and S7 Edge will be water resistant to a depth of 1.5 metres, and both devices let users expand their storage.

The latest devices will feature expandable storage that mean users can add 200GB to their capacities, by inserting MicroSD cards into the same tray that the SIMs go into.

But Samsung's newest smartphones are very similar to their S6 predecessors, with the S7 display measuring 5.1in, the same as the S6, and the S7 Edge measuring 5.7in, Samsung having scrapped the 'Plus' model that previously came with this size of display.

The models will also be dust resistant and the glass and metal casings will be more curved than the previous iterations.

For more details on specs, check out our dedicated Samsung Galaxy S7 and S7 Edge hub. 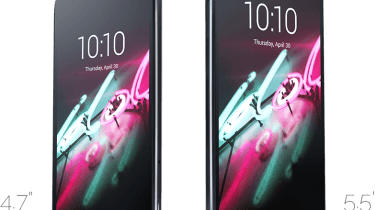 Image of Idol 3 courtesy of Alcatel

Where the 4 is likely to boast a 5.2in display and a Snapdragon 617 processor, according to Phone Arena, the 4s's screen will measure 5.5in and come with a Snapdragon 652 processor.

Notably, it is widely reported that they will run Windows 10 Mobile as their operating system.

Pricing:Rumours suggest the Idol 4S will cost under $400 while the Idol 4 will have a price of $250.

Other Alcatel offerings are the Pop 4 and Pop 4s, which could come out as early as May if rumours are to be believed.

The Pop 4's 5in screen and Snapdragon 210 chip will run Android Marshmallow upon release, according to Gadgets 360.

Pricing: While the precise costs are unconfirmed, VentureBeat pegs the Pop 4 at less than $100 and the Pop 4s at a sub-$200 price. 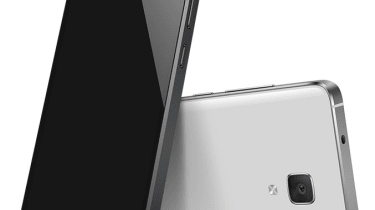 While the full specs won't be announced until MWC, Xiaomi is expected to unveil its latest flagship phone on Wednesday, 24 February.

According to CNET, Xiaomi's Mi 5 will contain Qualcomm's Snapdragon 820 processor, the very latest one. Mind you, that's based on their interpretation of Xiaomi's media invite, which put registration time at 8.20am.

It will also sport a metal chassis, CNET reports while official sample photos show the phone will include a 16-megapixel camera.

GSMArenaspotted a photo on a retailer's site claiming the phone will boast a 5.5in display and 4GB RAM, with memory of 16GB, 64GB and 128GB, depending on which you pick.

Pricing: $599, if the product page GSMArena found is to be believed. 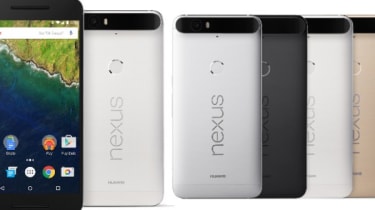 With a press conference set for Sunday, 21 February, the Chinese manufacturer is set to build on its success so far with models like the Nexus 6P, Mate S and Mate 8.

While the P9 is believed to be Huawei's next big flagship phone, it's not clear whether or not it will launch at MWC this year, with rumours suggesting Huawei wants to avoid a scheduling clash with LG's G5.

If it does launch, the P9 is likely to feature a 5.2in display and 4GB of RAM, according to GSMArena. The problem is, the phone may come in four different models, and sport up to 6GB of RAM, the publication writes.

A report referenced by GSMArena suggests the models will include the P9, a budget P9lite, a P9Max and a higher budget model.

Apparent official photo leaks on Android Authoritysuggest the P9 will come with a 12-megapixel camera, and an eight-megapixel front-facing camera.

Android Authority reports that the phone will also include a 5.2in display, and they will come in colours ranging from black, gold, grey, pink and white.

Pricing: The P9 could be released at a similar price point to the Huawei P8, which cost $530 at launch. 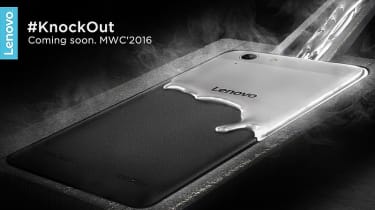 Lenovo confirmed at the start of the year that it will drop the Motorola brand over a phasing out period, with high-end devices using the condensed Moto branding and others featuring Lenovo's Vibe branding.

At MWC 2016, however, it is likely to be the Lemon 3 that gets the crowd's attention.

Lenovo India tweeted a teaser image of a silver device that looks like its recent China release of the Lemon 3, with the tagline: 'Coming soon. MWC 2016'.

While it is only available in China right now, the Lemon 3 has a Snapdragon 616 chip, 2GB of RAM and 16GB internal storage.

Its 13-megapixel camera comes with a five-megapixel front-facing camera, according to Gadgets 360, while the handset comes in both gold and silver.

Pricing: Around $100, if the Chinese price of 699 RMB stays the same for the international release.