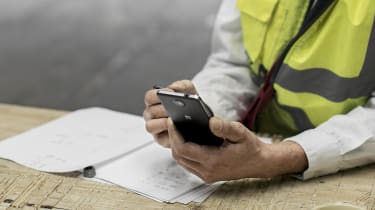 Ever since it launched the Lumia 950, Microsoft's been keen to emphasise the business applications of Windows 10 Mobile and rightly so. Continuum, for instance, is by far the biggest and best new feature of the entire operating system, as this let you to connect the Lumia 950 or 950 XL to an external display, mouse and keyboard and turn it into an easily transportable desktop PC using Microsoft's Display Dock accessory.

As we mentioned in our Lumia 950 XL review, Continuum still has some way to go before it can match a proper Windows 10 PC or laptop experience, as its window management and multi-tasking capabilities are rather lacking. However, there's clearly a lot of potential here and it could still be massively useful for employees who hot desk round the office, as it effectively negates the need (in some circumstances) to carry round a laptop all day.

It's curious, then, that the Lumia 650, one of Microsoft's first budget entries in its new Windows 10 Lumia family and the phone that's arguably most likely to be bought en masse for company employees, has no Continuum support whatsoever. Instead of having a USB-C port like the Lumia 950 or 950 XL, the Lumia 650 only has a regular Micro USB connector, thereby making it incompatible with Microsoft's Display Dock. Without Continuum, the Lumia 650 has already lost one of its key selling points, and it makes the rest of the phone a much harder sell compared its older, and now considerably cheaper, predecessors. 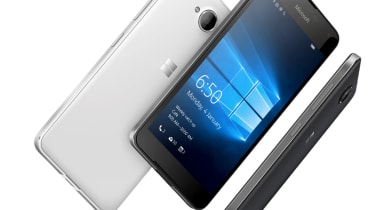 One thing the Lumia 650 does have in its favour is its top class casing. With its metal frame and diamond-cut edges that measure just 6.9mm thick, the Lumia 650 is a world away from the glossy, curvy plastic shells of Lumias past. It's a shame it doesn't come in slightly more colourful variants, but the choice of matt black or matt white should suit professionals who want something a little more unassuming than the latest Android flagship. 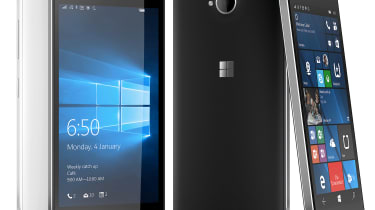 It's a beautifully made phone, and its smooth rear panel can be lifted off to reveal a replaceable battery and microSD slot to expand its 16GB of onboard storage. It's just about small enough for one-handed use, too, so you shouldn't have to stretch too much to reach the Action Centre at top of the phone or tap any Live Tiles on the other side of the screen.

Microsoft doesn't stop there, either, as it's also included a 5in OLED display. It's rare to see an OLED screen on a phone of this price, as these are typically reserved for more expensive handsets. To see one on the Lumia 650, however, is a very welcome change, as it means the screen's colour accuracy and contrast levels are above and beyond what we'd normally expect to see from a budget smartphone. It only has a 1,280x720 resolution, but the screen still looks perfectly sharp and clear. 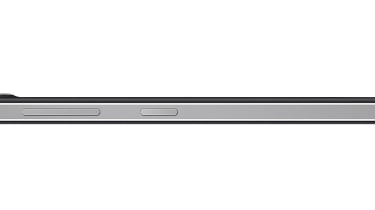 Sadly, Microsoft shoots itself in the foot by equipping the Lumia 650 with an elderly 1.3GHz Qualcomm Snapdragon 212 quad-core processor. Even when paired with 1GB of RAM, the Lumia 650 performed very poorly in all of our benchmarks, and its 3D performance was particularly abysmal. This is arguably less important for business users, but when it struggles to load Microsoft's own Photos app, the Lumia 650 quickly becomes more of a daily irritation than anything else.

Web browsing was admittedly a little better, as it was able to cope with media-heavy pages without too much stutter, but it can often take a full minute for every last picture and advert to appear onscreen. 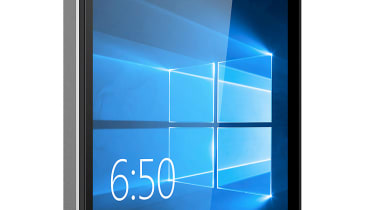 It does, at least, have enough stamina to get you through the better part of the day. Its 2,000mAh battery managed 11 and a half hours of usage in our video playback battery life test, which is pretty respectable compared to other phones in its price range.

Like the Lumia 640 before it, the Lumia 650 comes with an eight megapixel rear camera. That's a little low when the vast majority of budget phones are all now starting to come with 13 megapixel sensors, but the Lumia 650 does give you plenty of control over the quality of your images. Like the Lumia 950, Microsoft's camera app lets you change the white balance, ISO, shutter speed and brightness. It also comes with Microsoft's Rich Capture mode, which combines HDR and post-processing to automatically take the best picture possible regardless of lighting conditions. 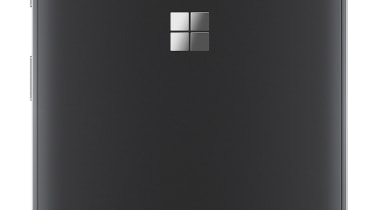 In practice, however, we couldn't see any discernible difference between the pictures taken with Rich Capture, and those without. Colours were equally neutral across both modes, and detail levels were relatively unchanged.

It coped reasonably well in low lighting conditions. Colours were a little dim, but noise was kept to a minimum and there was a decent level of detail.

Without the draw of Windows 10 Continuum, it feels like the Lumia 650 is perpetually on the back foot. It never really makes the most of its new operating system, and there's very little to distinguish it from its Windows Phone 8-based predecessors apart from its metal frame and beautiful OLED display.

In every other respect, it's more or less a clone of the Lumia 640. It wouldn't be so bad if the Lumia 650 was a bit faster, but its day-to-day performance just isn't good enough to compete with other phones in the same price range. Even the Lumia 640 feels a lot nippier than the 650, and that's over a year old.

It's possible the Lumia 650 is a sign of greater things to come from Microsoft in the near future, but for now, the Lumia 650 remains a rather forgettable Windows phone whose inner workings just don't do justice to its superb outer shell.

All style and no substance, the Lumia 650 doesn’t have the speed to compete with its nearest competitors and its lack of Continuum means it misses out on Windows 10 Mobile's best feature