The iPhone SE won't halt 'peak iPhone' - but it's a start

The iPhone SE is the beginning, not the end, of Apple's fight 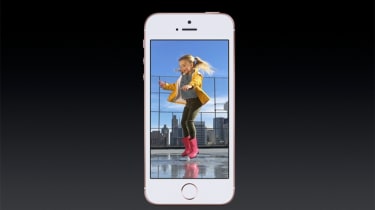 The iPhone has been so incredibly popular and lucrative that it has made Apple one of the most powerful and profitable companies ever. But such silver clouds always have a dark lining. The last financial quarter was the first time iPhone sales didn't rise, leading some to predict that this was peak iPhone'; the beginning of the end, where the saturation of smartphone markets in the developed world would inevitably impact the sales of the iPhone - and therefore Apple's incredible profits.

It's one heck of a backdrop against which to launch the iPhone SE, the long-rumoured 4in successor to the iPhone 5s. The lack of a numbered name disguises the fact that this is effectively the casing of an iPhone 5s filled with the guts and specs of an iPhone 6s. It has the same A9 processor, 12 megapixel camera and Apple Pay-enabled NFC chip as Apple's current flagship.

It's unrealistic to expect one phone to turnaround the financials and prospects of an entire product line, no matter how good it may be. But that doesn't mean the iPhone SE is unimportant.

The fact that Apple was willing to release the 4.7in and 5.5in phablet iPhone 6 and 6 Plus phones back in 2014 showed that Tim Cook's Apple is willing to listen to its customers and their desires in a way that Job's Apple never really did. Mollifying those small-handed customers who shunned Apple's bigger phones and carefully nursed their iPhone 5s is another sign that Apple does listen and can respond to differing customer needs.

That'll be important if Apple wants to make headway in unsaturated smartphone markets that aren't dependent on customers merely replacing their existing phones. Although Apple has touted the iPhone SE as the cheapest new phone that it's ever released, the UK price of 359 inc VAT for the 16GB model is still unaffordable for many in burgeoning markets like India, Turkey, Brazil and, of course, China.

Apple will almost certainly never release a truly budget phone, as many foolishly hoped back when it first launched a lower priced phone in the shape of the iPhone 5c. Apple won't jeopardise its profit margins too much to reach new customers, but will carefully combine old and new technologies to make an aspirational product that's only slightly out of reach instead of massively out of reach. And it is willing to dabble in flexible instalment payment plans independent of the cellular networks, as it has done in the US. Combining the two could be a potent combination that could boost sales. 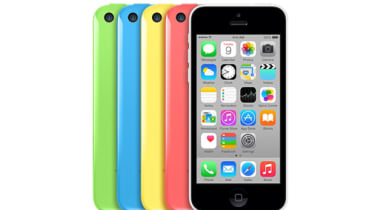 With its newfound sense of responding to customer desires, Apple may even do what it has never done before and release more regional iPhone variations, despite the potential impact this may have on its infamously slick supply chains and economies of scale. A dual-SIM iPhone may be unheard of until now now, but it could become a reality to appeal to markets where that feature is desperately important, such as the burgeoning Indian market.

Apple will have to fight harder for every iPhone sale than it ever has before, but we probably haven't seen peak iPhone' quite yet.