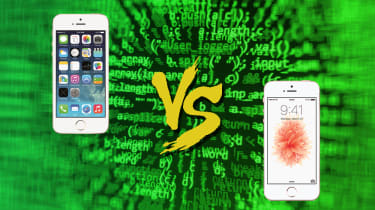 Small-fingered smartphone users rejoice Apple has finally released a new 4in iPhone. Yet apart from a rose gold colour, the iPhone SE looks almost identical to the 2013 5s. There are plenty of differences, as well as similarities, between the two phones though.

19/04/2016:Apple has rejected a request from federal law enforcement officials to help extract data from an iPhone belonging to a confessed methamphetamine trafficker, reports USA Today, because they have not yet attempted every other method to bypass the device's security code.

"The government has utterly failed to satisfy its burden to demonstrate that Apple's assistance in this case is necessary," Apple wrote in a 45-page legal brief filed in response to the request.

"The government has made no showing that it has exhausted alternative means for extracting data from the iPhone at issue here."

This is the latest case of Apple vs law enforcement, after the company fought the FBI over a request to override its passcode software on an iPhone used by San Bernardino terrorist shooter Syed Farook.

Authorities want Apple to help gain access to data that may reveal further evidence related to the drug trafficker's arrest.

As already mentioned, the casing of the iPhone SE is effectively identical to the 5s with the same dimensions and weight of 113g. The chamfered edges are apparently now matte instead of reflective, which may help with the chipping we've seen on weathered, veteran 5s phones.

There's a new rose gold colour, the same shade introduced with the iPhone 6s, alongside the silver, gold and grey colours that were available on the 5s when it first launched.

It's also worth noting the presence of NFC in the iPhone SE. Combined with its Touch ID fingerprint reader, the SE can be used for Apple Pay unlike the iPhone 5s. 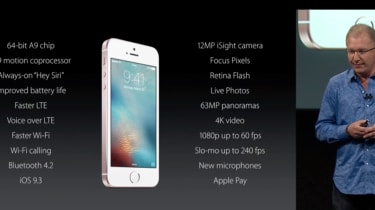 Of course, the big deal here is the 4in size. This will make the SE a lot easier to hold and use for people with small hands.

One of the big differences between the SE and its predecessor is the processor. While the 5s is based on the 1.3GHz A7 dual core processor, the SE is based on the same 1.8GHz dual core A9 chip found in the 6s. This is a significant upgrade as the A9 is one of the fastest smartphone processors currently available.

The amount of memory is unknown though. While we hope the SE will have the same 2GB as the 6s, it's entirely possible that it will only have 1GB like the 5s. iOS generally runs well on devices with less memory (although older devices always end up struggling at some point), but more RAM would be preferable both for multitasking and future proofing.

Another substantial difference between the two 4in phones is the rear-facing camera. The 5s' eight-megapixel camera with a f2.2 aperture still holds up very well today, but the SE's camera should be a noticeable upgrade. Although the aperture remains the same, the flexibility offered by the increased 12-megapixel resolution, the bigger pixels on the sensor and improved noise reduction should still result in noticeably better photos.

The SE can record slow motion video at a maximum frame rate of 240fps compared to 120fps on the 5s. While slow motion video is capped at 1080p, standard footage can be recorded up to 4K resolution on the SE. You'd obviously need a 4K TV or PC monitor to see it in its full glory, but the A9 processor should be able to edit that footage without any trouble.

The SE's use of Bluetooth 4.2 instead of Bluetooth 4.0 found in the 5s shouldn't make much difference. Its move from 802.11n to 802.11ac should boost hefty local file transfers though and potentially internet access speeds if your broadband connection is fast enough to saturate your 802.11ac router. 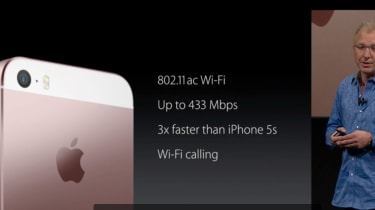 The biggest unknown is battery life. The 5s just managed to last 24 hours in everyday use and we'll be keen to see if the SE will be able to match this. Its battery will almost certainly be the same as the 5s', possibly slightly larger. Apple claims battery life will actually be longer due to the more efficient A9 processor, but that remains to be seen.