Samsung Galaxy S7 Edge review: still one of the best

If you can't justify an S8, this phone is still an excellent option 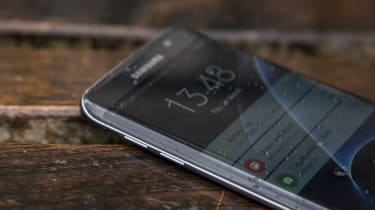 Although the newer Galaxy S8 is enjoying the spotlight, Samsung's Galaxy S7 Edge is still an absolutely phenomenal phone. It's true that it lacks the fancy Infinity Display that its newer sibling boasts, but Samsung's 2016 flagship still has plenty of features to recommend it.

If you don't want to put forward the nearly 700 that Samsung is asking for the S8, read on to find out why its predecessor is still definitely worth it.

The big headline here is the curved edge display. The panel itself is predictably lovely, with pin-sharp text and excellent contrast. The AMOLED panel ensures that colours are bright and vivid, although we found that they were just a touch oversaturated.

It uses a 2560x1440 QHD resolution rather than 1080p and while it doesn't provide a massive benefit in terms of visual fidelity on a device this small, it's definitely noticeable when watching movies and video clips.

It's a gorgeous display overall and one that's made even more attractive by the subtle curve of the screen. It's largely cosmetic, although Samsung has included a number of functionalities to try and make it somewhat useful. The edge will display an always-on clock, so you don't have to blind yourself checking the time in the middle of the night, and you can swipe in from the edge to bring up shortcuts and widgets, like lists of favourite apps and contacts. 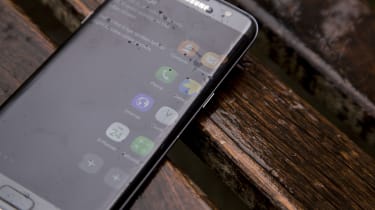 There's also a new panel holding icons that allow you to quickly access specific tasks in certain apps, such as creating a contact in Samsung's address book, searching for a calendar entry in S Calendar or taking a selfie using Samsung's camera app. The Blackberry Priv has similar task-specific icons, but those reside on the standard home screen. It's a useful feature, but as with many of Samsung's other Galaxy-specific software features, we fear there will be little third-party support.

The S7 Edge has an alluring casing that looks very similar to the one of the standard, flat-screened S7 with a glass back, a choice of different pearlescent colours and a metal rim running around the edge. The latter is noticeably narrower on the Edge which, combined with the S7 Edge's girth, makes it feel more slippery, precarious and uncomfortable in hand than the S7.

Faced with these handling problems, the ease with which the glass casing picks up smudged fingerprints is much less annoying in comparison. Like the S6 Edge, the S7 Edge has a sealed battery but you can now easily add more storage using micro SD cards they share the same tray as the nano SIM card.

Unlike the S6 Edge, the S7 Edge is waterproof as long as it's submerged for no longer than 30 minutes and no deeper than around a metre and a half. It'd be inadvisable to push your luck taking it swimming, but it'll survive rain, spilled drinks and puddles with ease.

The S7 Edge's optically stabilised 12-megapixel camera is definitely a success. It has a wide f1.7 aperture with fast autofocus; the sensor's large pixels combined with some clever, non intrusive image processing result in detailed, sharp and well-balanced images - even when there's low light. It's true that the fast autofocus isn't always spot-on accurate and the bokeh of the wide aperture lens isn't as pleasing as what you'd achieve with a comparable CSC lens. Despite this, it's an excellent camera and remains one of the best snappers around. 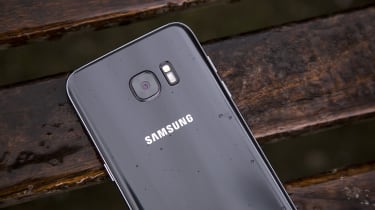 Samsung makes a big deal about the 3600mAh battery in the S7 Edge compared to the 3000mAh battery in the plain S7, but raw battery capacity is only ever one part of a complex, interlocking equation. Battery life also depends on the processor, screen and software optimisations as well as the battery capacity. The S7 Edge led the pack in our video playback test, lasting 18 hours and 45 minutes, and it backed this up in everyday use.

When connected to O2's 3G network in central London and used for a moderately heavy mix of phone calls, browsing, GPS and photography, the battery managed to last 24 hours. That's an excellent result, particularly given the S8's demanding screen and internal components.

UK S7 Edge phablets are equipped with eight-core Exynos 8890 processors. Four cores run at 2.3GHz and take care of demanding tasks, while four less powerful but more energy efficient 1.6GHz cores take over to handle less strenuous tasks and should save battery life while they're at it. It bolted to the top of the charts in our demanding multicore-aware performance tests, but fell behind in single core tests where the dual core A9 in the iPhone 6s and 6s Plus edged ahead of it. In either case, the 8890 still makes the S7 Edge one of the most powerful smartphones available. 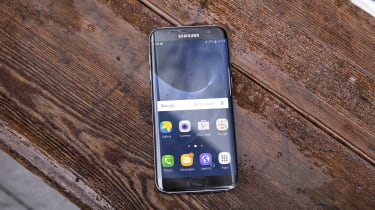 As with any high-powered smartphone, there's the potential for overheating. Samsung claims its watercooling system, a first for a phone, takes care of this. It's both easy to laugh at the need for such extreme engineering and difficult to judge how effective it is. The S7 Edge did occasionally become noticeably, but not alarmingly, warm during normal use.

It only ever became uncomfortably hot to the touch when we really pushed it, either when gaming for prolonged periods or when used to power the Samsung Gear VR headset. It's safe to say that overheating shouldn't be a problem in every day use though, despite the explosive track record of some of Samsung's other devices.

Despite being technically surpassed by the Galaxy S8, the Galaxy S7 Edge is still a truly phenomenal phone. It's powerful enough to keep up with you regardless of what you're doing, and it's got one of the best cameras around.

It may not quite be on the bleeding edge any more, but the Galaxy S7 Edge is still a gorgeous powerhouse of a phone, and makes an excellent alternative to the Galaxy S8.